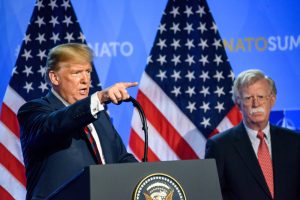 The responses by both President Bush and President Obama addressed the mixture of public and private problems that caused the meltdown. But in January of 2009, the GOP decided instead to attack only the public causes of the meltdown while giving Wall Street a pass. They declared war on any proposal issued by the Obama administration, and banked instead on a strategy designed to use identity politics and extreme libertarian ideology to rally their base and revive the conservative project. They would lean hard on Reagan’s old saw that “government is not the solution, but it’s the problem.”

Unfortunately, this new Republicanism, which was mainly driven by nationalism and libertarian ideology, was immune to facts, democratic norms, or the cause of Western liberal democracy. By failing to consider any public or federal solutions to any problem and offer tax cuts and deregulation as their only solutions, the GOP painted itself into a corner in which the only way it could justify its policy positions was by flat-out lying or by distracting the American voter from issues that were most important to building an economy with greater opportunity for all. 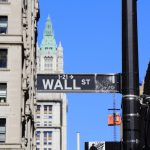 In 1999, President Bill Clinton signed the Gramm–Leach–Bliley Act (GLBA), also known as the Financial Services Modernization Act of 1999, which repealed Glass-Steagall thus legalizing the formation of Citigroup as a conglomerate of retail, commercial and insurance services rolled into one company. Many economists credit the repeal of Glass-Steagall as being an important part of the financial deregulations that contributed to the sub-prime mortgage crisis and financial meltdown of 2008.

With their completely ideological response to the financial crisis, they jumped the shark as a normal American political party, and in so doing gave rise to the authoritarianism and white nationalism that has taken over the Republican party and is rising in Europe today.

So, how did we get to the point where American politics has become mostly consumed with identity and ethnicity, while economic issues have taken a back seat? In many ways, it started with Bill Clinton’s presidency. By governing as a pro-business liberal who implemented the Republican policies of welfare reform and financial de-regulation along with cuts to the capital gains tax, Clinton forced the GOP to become even more conservative in order to differentiate itself from an increasingly moderate Democratic party.

By moving further to the right, the ground was laid for the Tea Party movement backed by the Koch Brothers and the Birtherism that went along with it. The Birther movement was an extreme form of identity politics exploding into the American mainstream and it was also Donald Trump’s first real foray into politics.

During 2014 and 2015, the rise of ISIS and a slow economic recovery continued to pave the way for a Trump presidency. His candidacy sprouted from the manure bed of right-wing propaganda that Fox News had cultivated for 25 years. The shock of beheading videos and ISIS-inspired shootings mixed with the Syrian refugee crisis and news of a Muslim rape gang in Cologne, Germany, caused many Obama supporters to flip to being Trump supporters. Instead of viewing radical Islam and moderate Islam as separate entities, ISIS propaganda and Fox News combined to lure many Americans into a fear-based psychosis. This hysteria was exploited to make all foreigners, immigrants and non-white people seem dangerous. Illegal Mexicans gangsters and ISIS fighters were rumored to be “pouring across the Southern border.”

Forty years of middle-class wage stagnation was a pre-condition for these newly hypnotized citizens—they were now ripe for the Russian bots and troll armies to sweep across the internet in 2016, spreading fake news manufactured by Putin’s Internet Research Agency, and Cambridge Analytica who first helped Brexit and then helped Trump’s narrow 70,000 vote win across Wisconsin, Michigan and Pennsylvania.

After Obama’s 2008 win, the GOP strategy increasing relied on a manufactured reality that was designed to conform to the ideology and keep the ruse going: The climate was cooling or was a hoax. Crime was at an all-time high. Sharia was threatening to take over Europe and America. Black Lives Matter activists were terrorists. All liberals and progressives are really socialists and communists. The world was taking advantage of us! The DemocRAT party and Killary Clinton are global elitists who want one-world government!! …and, they secretly want to put all Christians and white people in concentration camps, etc., etc.

This spiral of lies and deception has led us to this moment in which many of the President’s supporters now view their fellow Americans as the greatest threat facing the nation, while identifying more strongly with other conservatives around the globe. And that has led us to this Quebec-moment, where the president can declare that brutal, authoritarian dictators like Vladimir Putin are our friends, while our traditional allies who have helped build the liberal global order are now our enemies—and his legions of supporters nod along in agreement.

As President Trump flies off to Singapore complaining about “false statements” from Canadian prime minister Justin Trudeau, his fog of Tweets keeps us all guessing what new reality he will manufacture next.