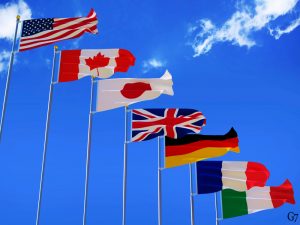 President Trump’s negotiating strategy is no surprise if you’ve read his book “The Art of the Deal.” Photo: Shutterstock

After the G7 summit in Charlevois, Quebec, President Trump reverted from a leader willing to cooperate with other Western democracies to his typical behavior when he doesn’t get his way. When he either watched or was briefed on the press conference Canadian Prime Minister Justin Trudeau held after the summit, he reacted by retracting his endorsement of the group’s joint communique, sending out a tweetstorm of scorching rhetoric toward Trudeau, and threatening to uphold tariffs against nations that have historically been our allies.

“PM Justin Trudeau of Canada acted so meek and mild during our @G7 meetings only to give a news conference after I left saying that, ‘US Tariffs were kind of insulting’ and he ‘will not be pushed around,’ Very dishonest & weak. Our Tariffs are in response to his of 270% on dairy!” he tweeted.

While some may have been surprised by this turn of events, anyone who has actually been watching what the president did on the campaign trail and what he continues to do now that he occupies the White House more or less expected this outcome. And if you read his 1987 ghostwritten book The Art of the Deal, you know exactly what kind of tactics President Trump uses to get what he wants.

Civics Lesson: The Importance of Diplomacy 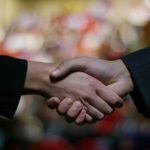 Diplomacy is a key part of U.S. foreign policy. Defined as “the conduct of the relations of one state with another by peaceful means,” it is an essential tool for the upkeep of international affairs. The functions of diplomacy are primarily preventing war and violence and strengthening relationships between nations. Without diplomacy, nations would have no means of communication with one another before tensions escalate to the point of war.

Diplomacy in the 21st century is more complex than ever before. Between an increasingly interconnected world where internal activities in one country can dramatically influence the welfare of other nations (think climate change) and the fact that diplomacy now includes much greater outreach to the public, diplomats from the U.S. and other nations certainly have their work cut out for them.

First, consider that President Trump views America’s allies as “freeloaders who have relied excessively on the United States for decades while treating it unfairly,” according to The Atlantic. Then take into consideration this passage from The Art of the Deal: “When people treat me badly or unfairly try to take advantage of me, my general attitude, all my life, has been to fight back very hard….even if it means alienating some people along the way—things usually work out for the best in the end.”

It’s no surprise that the president, who perennially feels victimized, whether it’s by the press or other nations, chose to lash out at our neighbors to the north and plans to keep his steel and aluminum tariffs in place … because Canada’s prime minister disagreed with him.

As President Trump wrote in The Art of the Deal, “Sometimes, part of making a deal is denigrating your competition.” Again, nobody who’s actually followed the president’s checkered history was surprised by his petulant outburst on Twitter.

Another philosophy President Trump espoused in The Art of the Deal is “use your leverage.” That is, the only way you’re going to get what you want is if you’re coming from a position of strength and can convince the other side you have something they need.

The president may not have done so well with using his leverage to get his way at the G7 summit, and that’s at least part of the reason he put Trudeau on blast. Trudeau had convinced everyone at the summit—including President Trump—to sign a joint communique calling for Russia to “cease…its destabilizing behavior” and promised to ensure that Iran’s nuclear program remained “permanently” peaceful.

Despite the fact that President Trump has shown an unusual amount of respect and deference for Russian President Vladimir Putin, the language about Russia wasn’t the most galling thing about the communique. Instead, it was some of the language around trade, which seemed at first to favor the president’s point of view by stating the need for “free, fair, and mutually beneficial trade,” but then went on to emphasize “the crucial role of a rules-based international trading system” and the need to “fight protectionism.”

Of course, the whole G7 drama may have been about showing North Korean dictator Kim Jong-un that America is tough and macho and unwilling to back down. The results of the Singapore summit, despite President Trump’s crowing about what a triumphant meeting it was and how America totally got its way, are still inconclusive. The agreement between the two leaders is incredibly vague, so we’re not exactly sure that President Donald “The Art of the Deal” Trump achieved anything beyond reaffirming the status quo.

President Trump stated in The Art of the Deal, “You can’t con people, at least not for long. You can create excitement, you can do wonderful promotion and get all kinds of press, and you can throw in a little hyperbole. But if you don’t deliver the goods, people will eventually catch on.”

The fact that he was elected to the nation’s highest office shows that you can con people, and you can apparently do so for a very long time. Unfortunately, the con the president pulled in his negotiations with North Korea won’t be fully realized for many years to come.