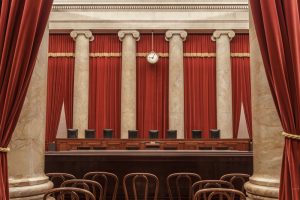 This week, the U.S. Supreme Court passed a narrow ruling in favor of Ohio’s voter purging procedures. The ruling overturned an earlier ruling by the U.S. Court of Appeals for the Sixth Circuit. The case, Husted v. A. Philip Randolph Institute, 16-980, was originally brought after Larry Harmon, a resident of Ohio, was unable to vote in 2015 because his name had been stricken from the voting rolls.

The reason? According to The New York Times, Harmon chose not to vote in 2012 because he was “unimpressed by the candidates,” and then did not participate in the following midterm elections. The state of Ohio sent Harmon a notice asking him to confirm his voting eligibility, but Harmon did not recall ever receiving such a notice—and so he did not respond to it.

The original ruling said that Ohio had violated the National Voter Registration Act of 1993 because it used non-voting as a trigger for sending the notices and subsequently striking Mr. Harmon’s name from the voting rolls after he did not vote for the four years following. 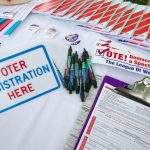 The National Voter Registration Act (NVRA) of 1993, also known as the “Motor Voter Act,” was established under President Clinton to “enhance voting opportunities for every American… [making] it easier for all Americans to register to vote and maintain their registration.” It applies to 44 states and the District of Columbia. Because they either had no voter registration requirements or had same-day voter registration available on or before August 1, 1994, Idaho, Minnesota, New Hampshire, North Dakota, Wisconsin, and Wyoming are exempt from the NVRA.

Ohio is not the only state with such laws, which are designed to keep voting rosters as up-to-date as possible in an attempt to prevent voter fraud issues. However, Ohio’s law is the fastest moving process, and it is one of the few states that uses non-voting as a key factor for revoking voter registrations.

In a 5-4 ruling, SCOTUS backed Ohio, saying that because Ohio sent out the postcard notice to Mr. Harmon, it had not used non-voting as the sole trigger for striking his name from the records. Justices Stephen G. Breyer, Ruth Bader Ginsburg, Sonia Sotomayor and Elena Kagan dissented, while Chief Justice John G. Roberts and Justices Anthony M. Kennedy, Clarence Thomas, and Neil M. Gorsuch formed the majority opinion.

A key provision “simply forbids the use of nonvoting as the sole criterion for removing a registrant, and Ohio does not use it that way,” Justice Samuel A. Alito Jr. wrote for the majority. “Instead, Ohio removes registrants only if they have failed to vote and have failed to respond to a notice.” This, they say, qualifies as Ohio making a reasonable effort to reach out to the voters in question; however, opponents of the ruling say the state has better, less voter-burdensome, methods available to determine whether or not a voter still lives in an area—including tax records, census lists, and DMV databases.

On the surface, rules like Ohio’s seem to make sense—keeping voter registrations up-to-date is important. However, when we look at the actual impact of these practices, it’s obvious that they disproportionately impact low-income and minority populations and districts. A 2016 study by Reuters found that the 144,000 people removed from voting rolls in Ohio in the past few years were primarily from its three largest counties. These voters were twice as likely to live in Democratic-leaning neighborhoods and had a disproportionately high number of African-American residents.

Add to this ruling the push in recent years for cutbacks on early voting, tougher voter ID laws, and removal of same-day registration options, and it’s not hard to see that this is yet another obstacle placed in front of low-income and minority voters. Key to protecting our citizens’ human rights is having free, fair, and regular elections. And while there is no explicit definition for “free and fair” elections, the electoral laws must offer equal conditions and opportunities for all citizens to access polling places and vote.

Although the ruling was fairly narrow, many fear that it will function as a green light and a template for other states to follow suit. Currently, states that could be directly impacted by the ruling include Georgia, Oklahoma, Oregon, Pennsylvania, and West Virginia.

Bloomberg’s Greg Stohr reported on the SCOTUS ruling, saying that while the initial impact will be fairly narrow, it could make a difference in election outcomes come November, particularly in close races.

“It could have a small impact, especially in swing states, narrowly divided states like Ohio,” Stohr said. “Ohio had a particular procedure where they, after you didn’t vote in one election, they would send you a notice saying, ‘Hey, do you still live there?’ and then if you didn’t return that notice and didn’t vote a couple more times, they would remove you from the rolls. There are about six states that have similar procedures, including some important states like Pennsylvania and West Virginia, so those states could be affected, and in a close election, it could make the difference.”

So, what does all this mean for the average voter? We must all be more proactive in ensuring that all districts are given equal opportunity to register to vote or check voter registration status—especially those that would be disproportionately impacted by rules like Ohio’s. Online voter registration is available for 37 states plus the District of Columbia. In addition, a downloadable version of the National Mail Voter Registration Form is available on the USA.gov website. Voters can also register in person at their state or local election office—and sometimes the local DMV, armed services recruitment centers, and state or county public assistance offices provide this service as well. Review your options here and share them with your communities and beyond.

For additional resources and information, check out our Voting Resources page.