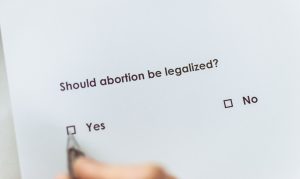 Historically speaking, the issue has always been divisive. Since the year 2000, the average has been 47 percent pro-choice and 46 percent pro-life. But interestingly enough, when Gallup first asked the question during the 1990s, more Americans identified as pro-choice than pro-life (51 percent versus 40 percent).

Current findings show that while most do not support an outright ban, they do want limitations on the procedure. Half of the respondents, for example, said that abortion should be legal “only under certain circumstances.”

Civics Lesson: What is Gallup? 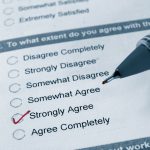 Gallup is a U.S.-based research company that provides analytics and consulting services. George Gallup founded the firm in 1935. Since then, it has become a world-renowned source of information, particularly as it related to public opinion polls.

A separate question in the survey asked Americans about the ethics of abortion. A slim majority (48 percent versus 43 percent) said that they view the practice as morally wrong.

Why does this survey matter? The results will play a key role in regard to upcoming legislation that would dictate under which circumstances a woman can obtain an abortion. It’s looking like America is still a long ways off before it becomes more unified on what should and shouldn’t be legal when it comes to abortion.