Maine Experiments with a New Way of Voting 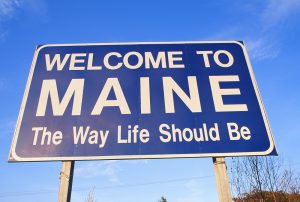 Primary elections in the state of Maine took place on Tuesday, June 12. While that might seem like no big deal, it marked a revolutionary change in the way elections are carried out.

Instead of marking just one candidate, Mainers who voted in the Democratic and Republican primaries had the opportunity to rank their choices from first to last.

This “ranked-choice voting” works like this: voters fill out their ballots indicating their choices from first to last. A candidate needs to get a majority of the vote (more than 50 percent) instead of simply the most votes. The candidate with the fewest Number 1 ranked votes gets eliminated, and those ballots are credited to the candidates each voter listed as their second choice—and so on, until only one candidate has a majority.

Civics Lesson: ‘As Maine Goes, So Goes the Nation’ 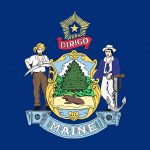 Once upon a time, Maine held its elections for statewide and congressional offices in September due to the state’s early harvest season and notoriously cold and snowy winters. Maine’s reputation as a political bellwether began in 1840 with the election of Edward Kent, the Whig Party candidate, as governor of Maine. Two months later, Whig candidate William Henry Harrison won the 1840 presidential election.

Ranked-choice voting advocacy organization FairVote says the benefits of this system are that it promotes majority support, discourages negative campaigning, provides more choice for voters, minimizes “strategic voting” (that is, voting for the lesser of two evils rather than for a candidate you actually want to win the election), reduces the impact of money on elections, promotes reflective representation, and saves money when replacing primary or runoff elections.

Predictably, ranked-choice voting has its detractors. In Maine, the Republican party campaigned long and hard against it and have mounted numerous legal challenges, despite the fact that ranked-choice voting was approved by public referendum in 2016 by 52% to 48%. And Maine’s Supreme Judicial Court ruled in 2017 that ranked choice voting was inconsistent with the Maine state constitution, and therefore cannot be used in the November 2018 general election.

Let’s not be fooled, though: ranked-choice voting does have its problems. In a 2017 Twin Cities Pioneer Press op-ed, attorney David Lebedoff (who lives in a city where this voting method has been used for some time) argues that rather than minimizing “strategic voting,” it actually allows extremists to game the system. He also argues that voting should be simple, and RCV is anything but.

Rather than discouraging negative campaigning, Lebedoff believes it actually promotes it. “Ranked voting, where who you rank worst can count as much as who you rank best, promotes the effort to really attack the character of your chief rival,” Lebedoff wrote. “It will make last year’s painful acrimony the new norm.”

But how did it work in the Maine primaries? It turns out that most people liked it, since when they were asked (again) whether they wanted to keep ranked-choice voting, they said “yes” by a wider margin than in 2016.

“You feel like your vote is going to count more,” Maine voter Mederick Black told the Washington Post. “It’s a little bit more difficult because you have to make sure everyone is marked in the right column and you don’t mark a guy twice.”

Republican governor Paul LePage told reporter Zach Blanchard that he will “probably not” certify the primary election results and will “leave it up to the courts to decide.” He also said ranked-choice voting was the “most horrific thing in the world.”

If Maine does use ranked-choice voting in the 2018 mid-term election, it would be the first state to do so in a general election rather than just a primary or runoff election.