Kim Jong-Un Got More from the Summit than the U.S. 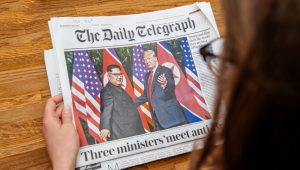 Did North Korea get more out of the summit than the U.S. did? Some experts think so. Photo by Hadrian / Shutterstock.com

President Trump came home from his summit with North Korean dictator Kim Jong-un crowing about the historic nature of the meeting and how much he had accomplished. “The World has taken a big step back from potential Nuclear catastrophe!” he tweeted. “No more rocket launches, nuclear testing or research! The hostages are back home with their families. Thank you to Chairman Kim, our day together was historic!”

The problem is, the document describing the agreement between the U.S. and North Korea was pretty vague. Although the document says that “The United States and the DPRK will join their efforts to build a lasting and stable peace regime on the Korean Peninsula,” it doesn’t specifically mention how that will be done. And while creating a lasting peace is a nice sentiment, the how is equally as important. 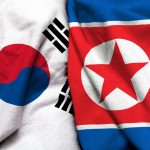 When World War II ended, Japan lost control of Korea—which was then one nation—to Allied forces. Korea was then divided at the 38th parallel, with the Soviet Union administering the northern half and the United States administering the southern half. Both sides had planned for free elections in the two Koreas, but in 1948, Kim Il-sung, leader of the Communist Korean People’s Army, convinced Soviet leaders to refuse permission for UN authorities to come north of the 38th parallel. Thus, the election never happened in North Korea.

In 1950, the Soviet- and China-backed North Korean army invaded South Korea. The war that followed was never officially declared by the U.S. Congress, but troops from the U.S. and other UN nations came in to aid South Korea. This brutal and bitter war went on for three years, until the Korean Armistice was signed in 1953. The armistice re-established the division of the two Koreas at the 38th parallel, with a demilitarized zone extending 2 kilometers in either direction.

The document essentially restated promises North Korea has already made and did so in a vague way. It didn’t force any new or concrete measures to demonstrate that Kim is committed to denuclearization. Kim even won some “security assurances” he had sought with the U.S. for a long time.

The president agreed that he wanted to “get our soldiers out” of South Korea and stop the “expensive, inappropriate—and ‘provocative’” joint military exercises with South Korea (a statement apparently made without consulting South Korea on the matter). Meanwhile, North Korea “commits to work towards the complete denuclearization of the Korean peninsula.”

President Trump also agreed to North Korea’s demand for parity in every aspect of the summit: each side should have the same number of officials, and the North Korean flag should fly side by side with the U.S. flag during the arrival ceremony. This essentially put Kim on equal footing with the president and allowed plenty of photo opportunities that North Korean state media and propaganda can use as another “boost to Kim’s legitimacy at home.”

“The North Koreans have given nothing so far, while the Americans on the other hand have given Kim Jong-un a summit with the U.S. president,” Andrew O’Neil of Australia’s Griffith Business School told CNN. “Whatever happens from now, Pyongyang comes out of this looking like it’s scored a major victory. It’s an instructive and compelling lesson on how weak states can achieve asymmetrical outcomes if they are prepared to stand tough against materially stronger powers.”

President Trump hailed the summit as a historic occasion, the first time an American president has met with North Korean leaders. While it certainly is true that he is the first U.S. president to meet with North Korea, he’s absolutely not the first who offered to sit down with Kim Jong-un or his father, Kim Jong-il. The difference between President Trump’s invitation to meet and those of other presidents is that previous presidents have come to the table with a firm stance on denuclearization and insistence on a timeline for that denuclearization.

In fact, President Obama said it would be wrong to “cave to North Korea’s provocations,” referring to its missile tests. “This is the same kind of pattern that we saw his father engage in and his grandfather before him,” Obama said in 2013. “Since I came into office, the one thing I was clear about was, we’re not going to reward this kind of provocative behavior. You don’t get to bang your spoon on the table and somehow get your way.”

Of course, President Trump’s own negotiating style involves a lot of spoon-banging, too, so maybe he and Kim are the perfect match for one another.

One thing is for sure, though: Kim definitely got more than President Trump at the negotiations. North Korea has now been legitimized by a visit with the president of a powerful nation, President Trump has said he wants to stop the “war games” off the Korean peninsula and bring home many of the U.S. service members currently stationed in South Korea. In return, President Trump got a simple and vague commitment of “working toward” denuclearization.