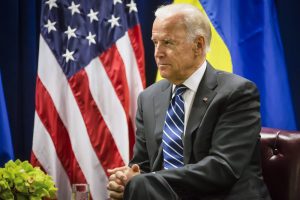 Democrats are hoping to win the 2020 presidential election, but they’ve got a lot of work to do. Photo by Drop of Light / Shutterstock.com

Nearly two years into the presidency of Donald Trump, many Democrats have their sights set on the 2020 presidential election. It will likely be some time before we see any official announcements for presidential runs, but in all likeliness, the candidates who will ultimately choose to run are already preparing to do so.

While it’s typical for past presidents to take a political back seat after their time in the West Wing is up, that’s not what former President Barack Obama is setting himself up for. In fact, he has held a number of meetings over the past six months with several key Democrats that are widely speculated to be considering a run for the White House.

Most notably, Obama has held meetings with former Vice President Joe Biden, former Massachusetts Governor Deval Patrick, and Senators Bernie Sanders and Elizabeth Warren. And while the meetings didn’t specifically touch on whether those political powerhouses would run in 2020, they did frequently discuss the future of the Democratic Party and how to find victory in the upcoming midterms and 2020 election. 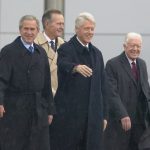 In addition to meetings with these high-profile Democrats, Obama also met with some other rumored candidates, including former New Orleans mayor, Mitch Landrieu; South Bend, Indiana Mayor Pete Buttigieg; and Jason Kander, who lost his 2016 race for Missouri senator.

Among the potential candidates, Biden would likely be the party’s frontrunner should he decide to run—he has hinted at the possibility on numerous occasions, but likely won’t make a final decision until after the 2018 midterm elections.

In the meantime, Democrats need to redefine the party and set a unifying message for at least the next two years. Simply being “anti-Trump” certainly carries some weight, but they’ll have to find something more compelling than that if they hope to unseat the current commander in chief. Railing against Trump may help convince people not to vote for the Republican incumbent, but that’s not the same as earning those votes for the other side.