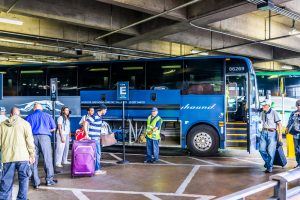 Do you know your rights and the extent of Customs and Border Patrol’s enforcement jurisdiction? Photo by Kristi Blokhin / Shutterstock.com

It was an ordinary day in Southern California when Tiana Smalls boarded a Greyhound bus to travel from Bakersfield to Las Vegas to visit her family.

But that all changed when the bus driver made an announcement: “We are being boarded by Border Patrol. Please be prepared to show your documentation upon request.”

Smalls, however, knew her rights. She immediately told the other passengers that the agents’ actions were illegal. Customs and Border Patrol officers don’t have the authority to undertake certain enforcement activities if they are more than 100 miles from an external boundary of the United States. The bus, stopped at what was once an agricultural checkpoint on the border of California and Nevada, was clearly outside the 100-mile perimeter. 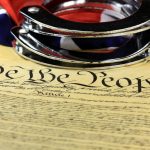 The Fourth Amendment reads, “The right of the people to be secure in their persons, houses, papers, and effects, against unreasonable searches and seizures, shall not be violated, and no warrants shall issue, but upon probable cause, supported by oath or affirmation, and particularly describing the place to be searched, and the persons or things to be searched.” In short, that means nobody gets to search your house, person, or papers without a warrant signed by a judge who has decided there is probable cause to do so.

In the case of the Greyhound bus situation, the CBP agents had neither a warrant nor probable cause to search the bus or anybody on it.

With that in mind, Smalls stood up and, according to her Facebook post, told the other passengers loudly that the request was a violation of their Fourth Amendment rights and that they didn’t have to show the Customs and Border Patrol officers anything because they were outside of the 100-mile jurisdiction. She then used Google Translate and repeated the phrase in Spanish for the benefit of passengers who didn’t speak English well.

When the Border Patrol agents got on the bus and announced that they were going to start asking for documentation from the passengers, Smalls stood up and yelled, “I’m not showing you shit! I’m not driving this bus, so you have NO RIGHT to ask me for anything! And the rest of you guys don’t have to show them anything, either. This is harassment and racial profiling! Don’t show them a goddamn thing! We are not within 100 miles of a border so they have NO LEGAL RIGHT or jurisdiction here! GOOGLE IT!”

One of the Border Patrol agents reportedly told Smalls, “Fine. We can see that you’re a citizen because of your filthy mouth.” The agents then got off the bus and told the driver to go ahead.

U.S. Customs and Border Protection officials often claim more authority than they have when it comes to operating inside the United States. As an excuse for doing so, the department cites a federal statute purporting to allow CBP officers to undertake certain enforcement activities without a warrant “within a reasonable distance from any external boundary of the United States.”

But what exactly is a reasonable distance? A 1953 statutory change to the 1946 Immigration and Nationality Act defines a “reasonable distance” as up to 100 air miles from any external boundary of the United States. What’s really interesting about this statute is that “100 miles from the border” basically encompasses nearly two-thirds of the U.S. population. That includes nine of America’s 10 largest cities and several entire states—Maine, Florida, Massachusetts, Hawaii, Delaware, Connecticut, New Hampshire, Rhode Island and Vermont.

What’s more, Customs and Border Patrol is “cheating its way to more interior encroachment” by claiming that the Great Lakes shared with Canada are “functional equivalents of the border,” which then adds all of Michigan and Chicago to CBP’s alleged enforcement area.

“These border patrol officers act like they do because they EXPECT people to be afraid of them and comply,” Smalls wrote in her Facebook post. “We DO NOT LIVE in Nazi Germany. No one should be asked to present ‘papers’ for interstate travel.”

While the Fourth Amendment allows law enforcement officials to enter business areas that are open to the public, a Greyhound bus is clearly not a public area because you have to buy a ticket to board a Greyhound bus. The American Civil Liberties Union wrote a letter to Greyhound’s general counsel explaining that Greyhound is not obligated to consent to CBP’s “invasive bus raids.” The letter also detailed numerous other instances of CBP agents boarding Greyhound buses and demanding that anyone who isn’t white prove their immigration or citizenship status.

Tiana Smalls’ story shows that sometimes all it takes is one person who is willing to stand up for people’s constitutional rights and question CBP’s right to its overreaching (and arguably racist) actions. Maybe we should take that old adage “If you see something, say something” and apply it to violations of people’s legal or constitutional rights.