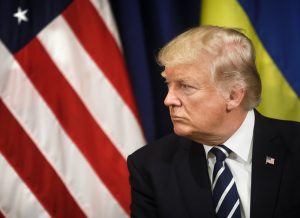 In the wake of a recent report released by the Inspector General of the Justice Department,

President Donald Trump’s lawyer Rudy Giuliani is calling for the Justice Department to immediately suspend Robert Mueller’s Russia probe and to launch a comprehensive investigation of the special counsel.

Such a report suggests there may be trouble and speculations brewing amongst the Republican Party, according to Giuliani’s statement on Fox News’ Sean Hannity on Thursday. For several months, Trump’s inner circle on Capitol Hill have been itching to use a report by Michael Horowitz, the inspector general of the Justice Department—regarding the F.B.I.’s handling of Hillary Clinton’s personal email inquiry—as leverage to possibly put an end to Mueller’s investigation.

“I believe Jeff Sessions and Rod Rosenstein have a chance to redeem themselves, and that chance comes about tomorrow.”

“Mueller should be suspended and honest people should be brought in, impartial people, to investigate these people like Strzok. Strzok should be in jail by the end of next week.” 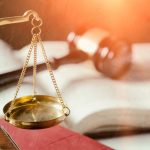 According to the Constitution, the president can issue a full pardon, reversing a criminal conviction (along with its legal effects) as if it never happened. A pardon can be issued from the time an offense is committed and can even be issued after the full sentence has been served. Additionally, the president can issue a reprieve, commuting a criminal sentence, lessening its severity, its duration, or both while leaving a record of the conviction in place.

Over the past few weeks, the president and the GOP have seized on some text messages sent by Peter Strzok (the senior F.B.I. agent who worked on the Clinton email case) to Lisa Page (a former employee of the bureau) as proof of a “deep state” conspiracy against Trump. Reluctantly, the inspector general’s report exposed more of these Strzok-Page exchanges.

Referencing the report, Giuliani claimed that the FBI “fixed” the Trump-Russia investigation that and “people like Comey, Strzok, and Page” should be the ones being investigated, not the president. But, as the New Yorker pointed out, the report “did not find documentary or testimonial evidence directly connecting the political views these employees expressed in their text messages and instant messages to the investigative decisions.” Furthermore, the report from Horowitz determined that in some instances, Strzok and Page even “advocated for more aggressive investigative measures” than other FBI members during the Clinton investigation.

Trump’s personal lawyer added that the president should be able to retain his right to pardon after the special counsel wraps up the investigation.

More recently, however, Giuliani told Politico that his calling to suspend Mueller’s investigation was just bluffing:

“That’s what I’m supposed to do,” Giuliani said. “What am I supposed to say? That they should investigate him forever? Sorry, I’m not a sucker.”