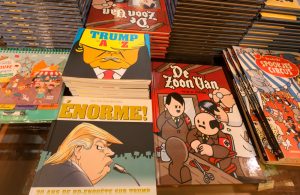 Editorial cartoonist Rob Rogers joined the staff of the Pittsburgh Post-Gazette in 1993. In 1999, he was a finalist for the Pulitzer Prize. His cartoons are nationally syndicated. But after 25 years, Rogers was fired on June 14, 2018.

Why? Apparently his boss didn’t like the anti-Trump tone of his cartoons.

“I should have seen it coming,” Rogers wrote in a New York Times op-ed. “When I had lunch with my new boss a few months ago, he informed me that the paper’s publisher believed that the editorial cartoonist was akin to an editorial writer, and that his views should reflect the philosophy of the newspaper.” 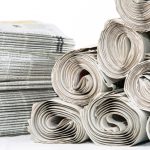 The Fourth Estate is a segment of society that wields an indirect but significant influence on that society, even though it is not a formally recognized part of the political system. In current use, the term refers to the news media or press. The term derives from the old European concept of the three estates of the realm: the clergy, the nobility, and the commoners. In the U.S., the press provides an informal layer of checks and balances on the political process by informing the public about what their elected representatives are doing—or not doing. This is one reason why freedom of the press is enshrined in the First Amendment.

The Post-Gazette started out as “the liberal paper in town,” although, according to Rogers, it prided itself on being a forum for a range of different ideas. But things started to change in 2010, when the paper endorsed the Republican candidate for Pennsylvania governor. Then, in 2015, the Post-Gazette’s editorial page editor took a buyout after the publisher suggested that the paper might endorse Donald Trump for the presidency.

Then, much to the shock and dismay of many of the paper’s staff, it published an editorial titled “Reason as racism: An immigration debate gets derailed,” in which the editors argued that calling someone a racist is “the new McCarthyism” and that by saying that the president is a racist or is espousing racist ideas, we are somehow delegitimizing a legitimately elected president.

But still, Rogers felt safe until March when, as he put it, “management decided that my cartoons about the president were ‘too angry’ and sad I was ‘obsessed with Trump.’ This is about a president who has declared the free press one of the greatest threats to our country.”

Editorial cartoonists often get a few cartoons pulled every year. But in a three-month period, 19 of Rogers’ comics or proposals were rejected. “Six were spiked in a single week—one after it was already placed on the page, an image depicting a Klansman in a doctor’s office asking: ‘Could it be the Ambien?’”

In his op-ed, Rogers wrote about how grateful he is for all the support he has received from the people of Pittsburgh, including the city’s mayor—who, incidentally, has been the subject of a number of Rogers’ cartoons.

“The paper may have taken an eraser to my cartoons,” Rogers concluded. “But I plan to be at my drawing table every day of this presidency.”