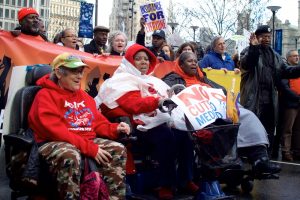 Race is a big, hairy, scary, charged topic that immediately gets everyone’s hackles up these days. But it’s one we need to continue talking about, because it’s still a problem in our country. In some cases, we can see racism demonstrated explicitly—KKK and white supremacist rallies, blatantly racist remarks, and so on—but in many ways, it slips under the radar of white Americans. This systemic, implicit racism may not always be intended or even recognized, but that does not mean it does not exist.

Those of us who enjoy the privileges that being white grants us may need to take a step back, look, and listen to the racially biased issues that minorities are continually trying to show us. We need to understand that just because we don’t experience what they experience, that does not mean that there is not an issue.

Assistant professor at Cornell University Jamila Michener takes a close look at the impact of racism on healthcare in this Vox article. 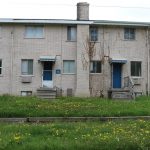 Medicaid is a joint federal and state-funded program that, as of 2017, provides free health insurance to 74 million people in the United States. It is available to Americans with limited income and resources, such that they would not otherwise be able to afford healthcare. It is the single largest source of funding for health-related services for low-income people in the United States. Medicaid was created when the Social Security Amendments of 1965 added Title XIX to the Social Security Act, 42 U.S.C. §§ 1396 et seq.

On a federal level, the program aims to help states provide medical assistance to those in need, though states are not required to participate in the program. Those that do participate must comply with federal laws for setting up and administering that state’s Medicaid program, establishing eligibility standards, determining the scope of services, and setting payment rates. Because each state is responsible for setting up its own Medicaid program, benefits and eligibility can vary significantly from one state to another.

That sounds great on the surface – help more people get the healthcare they need. But when you look under the hood, things aren’t so pretty. With Hill-Burton, some of the racism was explicit: Southern Democrats, who were segregationists, argued to keep preexisting practices of racial segregation. In addition, rural areas in the South were given priority for grants, which meant that the act disproportionately benefitted poor white communities over poor black communities. And while there was certainly a need for hospitals in those poor white communities, there was also need in the poor black communities—yet most of the money was given to the predominately white communities.

Hill-Burton also dictated that it would be completely up to the states to assess health needs. This lack of protections and requirements left the door open for local racist politicians to continue the oppression of black communities (which they did).

Fast forward to today and racism within our healthcare system is still present—if less explicit and noticeable by the white population. Michener uses a recent vote on Medicaid work requirements in Michigan as an example of the continuing racism within healthcare.

Like Hill-Burton, on the surface, Michigan’s Senate Bill 897 seems logical. The legislation’s primary purpose was to set a 29-hour per week work requirement for those on Medicaid. Included in that bill were a variety of exemptions, which in itself isn’t really notable. The problem is, a closer look at those exemptions showed that the legislation would have been incredibly “racially lopsided.” One of the exemptions was for residents of counties with high unemployment rates, which in itself seems to make sense… until we see that there was not a similar exemption for residents in cities with high unemployment rates—meaning that those living in poor, high-unemployment cities would not be exempted from the work requirement, while those living in a similar situation but in a more rural environment would be. Taking a look at the demographics for those areas reveals that most of the exemptions would apply to white residents, while black residents in similar circumstances would not be exempted.

Note: whether or not this was the intended outcome of the bill’s exemption is not the point. The outcome is the point. Some may cry, “Well, it’s not the bill’s fault that black residents tend to live in cities and whites live in the country!” While that’s true, the bill needs to treat citizens equally—thus, we must ensure that exemptions do not have a racially lopsided impact; otherwise, they are part of the systemic racism problem in our country. Period.

Michener’s article also touches on the myriad ways people of color continue to be persistently oppressed and discriminated against, the end result being that it is far harder for POCs to break out of the cycle of poverty than whites. We have a long way to go before racial equity is “reached,” but if we hope to ever make it there, we must have, in Michener’s words, “an unflinchingly reckoning with these facts and a more serious commitment to change than we have ever seen before.” We can’t help but agree.