Why President Trump’s Praise for Dictators is Worrisome 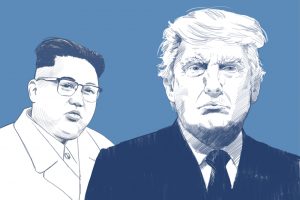 “He’s the head of a country, and I mean he’s the strong head,” Trump told Fox News. “Don’t let anyone think anything different. He speaks, and his people sit up at attention. I want my people to do the same.”

If this doesn’t worry you, it should. The president of the United States is supposed to uphold the principles of democracy. The mere act of eulogizing authoritarian rulers poses a threat to the very foundation that this country was built on. 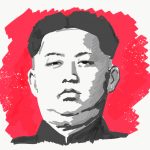 And while the president did later try to walk back his comments by declaring it a joke, that’s likely only because he faced significant backlash from the American public. As Rice University historian Douglas Brinkley points out, this wouldn’t be the first time Trump expressed admiration for a foreign dictator.

“Trump has dictator envy,” Brinkley told The Washington Post. “You start being more attracted to people like Kim and Putin because they look like they could be presidents for life. And if they have enemies, they don’t have to resort to [former president] Nixon keeping an enemies list. You just destroy your enemies’ lives with a phone call. That’s attractive to Trump.”

But perhaps it shouldn’t be so surprising that President Trump endorses autocrats, given that he has so much in common with them. Last week, Trump deemed the media to be “our country’s biggest enemy.” He’s even gone as far as to suggest that reporters who are critical of him be punished.

For some, Trump’s comments are just that: comments. But for others, they’re early warning signs.