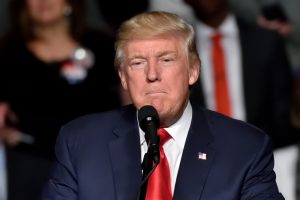 On Monday, June 18, President Trump boldly proclaimed that Germany has experienced a rise in crime as a result of increased migration levels.

“The people of Germany are turning against their leadership as migration is rocking the already tenuous Berlin coalition,” Trump tweeted. “Crime in Germany is way up. Big mistake made all over Europe in allowing millions of people in who have so strongly and violently changed their culture.”

But as it turns out, that’s not true. In fact, last month, Germany’s interior ministry reported record-low crime levels. 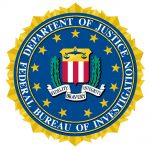 According to statistics compiled by the FBI, the U.S. violent crime rate declined by 48 percent between 1993 and 2016. However, as the Pew Research Center points out, the public’s perception of crime usually doesn’t align with the data.

“The number of crimes committed in Germany is the lowest since 1992,” said Interior Minister Horst Seehofer. “The frequency of fewer than 7,000 cases for every 100,000 inhabitants is unprecedented, even in a 30-year comparison.”

German Chancellor Angela Merkel was quick to point this out when reporters asked her about Trump’s tweet.

“My answer is that the interior minister presented the crime statistics a short while ago and they speak for themselves,” Merkel responded.

But that didn’t stop the American president from pushing his fallacious narrative. On Tuesday, June 19 (one day after he falsely claimed that crime in Germany was on the rise) Trump continued to assert that the country was experiencing a spike in illegal activity.

“Crime in Germany is up 10 percent plus (officials do not want to report these crimes) since migrants were accepted,” Trump tweeted. “Others countries are even worse. Be smart, America!”

Civics Nation was unable to verify Trump’s claim, as the president did not cite the source of his information.