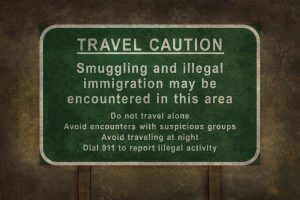 The architect of President Trump’s “zero-tolerance” immigration policy has been a rising star of the right for decades. Photo: Shutterstock

If you’re not a regular consumer of conservative media, you may not have heard of Stephen Miller. But you should know about him. The 32-year-old Miller has been a darling of the right since his high school days, and now he’s the White House’s senior policy advisor.

In his White House role, he was the architect of President Trump’s “zero-tolerance” policy that is separating families at the U.S.-Mexico border.

“No nation can have the policy that whole classes of people are immune from immigration law or enforcement,” Miller told the New York Times. “It was a simple decision by the administration to have a zero-tolerance policy for illegal entry, period. The message is that no one is exempt from immigration law.” 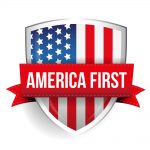 Populism is an ideology which places a nation’s ordinary people as a morally good force, often framing “the elite” as an enemy to be overcome. “The people” can be defined by class, ethnic, or national lines, while “the elite” are often seen as the cultural, political, economic, and media establishment—a homogenous group of “bad guys” who put the interests of other groups such as foreign countries or immigrants above those of “the people.” Populists can be found at any place on the political left-right spectrum. In the 21st century, left-wing populists have been found mostly in Latin America and right-wing populists have largely been found in Europe—and on both left and right in the United States.

Miller’s hardline policy was announced in April by Attorney General Jeff Sessions, who referred to it as a deterrence measure.

“If you cross the southwest border unlawfully, then we will prosecute you. It’s that simple,” Sessions said.

“If you are smuggling a child, then we will prosecute you and that child will be separated from you as required by law,” he said in May. “If you don’t like that, then don’t smuggle children over our border.”

As for Miller himself, he was born in Santa Monica, California, to a Jewish family whose ancestors fled persecution and pogroms in the nation now called Belarus. Although one would think that, with a family history that included fleeing from tyranny and immigrating into the United States, Miller would be more sympathetic to the cause of refugees who are seeking asylum in the United States, that turned out not to be the case.

Miller became “a stalwart conservative” at an early age. After writing a letter to the editor at age 16 saying that his high school student body’s anti-war attitude would make “Osama Bin Laden…feel very welcome at Santa Monica High School,” he started appearing on conservative radio talk shows in the Los Angeles area.

Miller attended Duke University, where he became even more famous as a conservative ideologue. He used the bully pulpit of television—particularly CNN and The O’Reilly Factor—to defend Duke lacrosse players accused of rape.

He graduated from Duke in 2007 with a degree in political science. Shortly after that, Miller worked as a spokesman for conservative Representatives Michele Bachmann (Minnesota) and John Shadegg (Arizona). In 2009, he started working with Jeff Sessions, who was a senator at that time, as his policy advisor and communications director.

In 2013, Miller’s zero-tolerance idea seems to have fully taken root. He worked with Sessions in an attempt to derail a bipartisan bill that would have created a path to citizenship for undocumented immigrants in the United States. Despite the pair’s efforts, the bill passed the senate, although it eventually died because it was not even brought to discussion in the House.

During his time working with Sessions, he formulated an idea he termed “nation-state populism.” He also became pals with Fox News host Tucker Carlson and worked with Carlson’s conservative news site The Daily Caller.

Having established his conservative bona fides, Miller joined the Trump campaign as a senior policy advisor. He often spoke at candidate Trump’s rallies and wrote speeches for him. He also became close with former White House chief strategist Steve Bannon, even to the point of inviting a group of writers and editors from Breitbart News to the White House to discuss immigration policy.

Miller played a part in enacting President Trump’s travel ban and cracking down on “sanctuary cities.” As his role in the White House has grown, Miller has made an even bigger name for himself as a “controversial provocateur and…right-wing policy wonk,” as Business Insider says.

Stephen Miller has been going strong as a right-wing policy advocate since he was in high school, and at 32, he has plenty more years to further cement his position and possibly even run for political office.