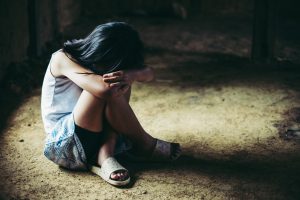 The trauma migrant children are experiencing will affect them their whole lives. Photo: Shutterstock

Although President Trump signed an executive order on June 21 ending the practice of separating families at the southern border, the facts are a bit more nuanced. The executive order doesn’t end the humanitarian crisis that he and his administration created, and it doesn’t offer any plan to reunite the thousands of children still separated from their parents. The administration has said it will now detain all families with children, regardless of whether they’re asylum seekers or not, whether they pose a flight risk or a danger to the community or not.

One thing most people can agree on is that children don’t belong in jail, and they certainly shouldn’t be forcibly separated from their parents. In fact, doctors are increasingly concerned that “irreparable harm” is being done to the migrant children who were separated from their families prior to the June 21 executive order.

Colleen Kraft, the president of the American Academy of Pediatrics, traveled to Texas at the request of pediatricians in the area to see for herself what a shelter for migrant children looks like. At a shelter in the Rio Grande Valley, Kraft told NPR, she saw a young girl crying. “She couldn’t have been more than 2 years old,” Kraft said. “This child was just screaming, and nobody could help her. And we know why she was crying. She didn’t have her mother. She didn’t have her parent who could soothe her and take care of her.” 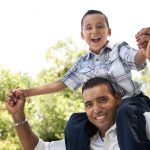 Southwest Key is a nonprofit organization that operates in several states along the United States’ southern border. Its shelters house nearly half of America’s undocumented children in custody. The organization contracts with government agencies and private foundations to operate youth justice programs, charter schools for children in underserved neighborhoods, and shelters for immigrant children.

According to the Texas Tribune, the federal government gave Southwest Key almost $500 million to operate its shelters. It runs the Casa Padre shelter—the detention shelter located in an old Walmart in Brownsville, Texas, which Oregon Senator Jeff Merkley tried unsuccessfully to enter in order to investigate reports of immigrant children being separated from their parents and warehoused in temporary facilities.

Worse yet, Kraft was told by staff that federal regulations prevented them from touching or holding the child to soothe her. Although managers at the shelter told her there is no such rule, the confusion around such basic child care needs showcases one of many glaring issues with the sudden influx of young children to these shelters. Separating traumatized children from their parents during a time of crisis creates another point of trauma that can lead to serious developmental issues later on.

Pediatricians and immigrant advocates say this separation of migrant children from their families can cause “toxic stress”—a type of stress generally experienced by children who are being abused, who witness domestic violence, or who are extremely neglected. Toxic stress disrupts children’s brain development and harms a victim’s long-term physical and mental health.

“By separating parents and children, we are doing irreparable harm to these children. The long-term concern of what we call toxic stress is that brains are not developed efficiently or effectively,” Kraft said, “and these children go on to have behavior problems, to have long-term medical problems.”

The zero-tolerance policy leaves parents in a no-win situation: they can request asylum in the United States by attempting a legal crossing and be turned away, they can attempt to illegally cross and claim asylum—and be prosecuted for doing so; or they can go back to the countries they fled from in the first place, where they are likely in danger.

Before the Trump administration put its zero-tolerance policy into effect, the vast majority of kids coming to these shelters were teenagers. They arrived at the border by themselves and they knew what to expect: after spending a month or two in a shelter, they would be placed with adult relatives.

But the children coming into the shelters now are often much younger, and they’re arriving under much different circumstances. “Kids started appearing at the shelter who didn’t ‘know the drill,’” Antar Davidson, formerly of the nonprofit Southwest Key, which operates shelters for migrant children, told NPR. “They had just been separated from their parents, so they were experiencing an increased amount of trauma.”

Davidson says he quit his job after being ordered to tell two young siblings that they couldn’t hug each other. However, Southwest Key Vice President of Immigrant Children’s Services Alexia Rodriguez told NPR that the shelters have adequate staff to provide comfort and counseling, and that it’s “absolutely” okay to hug the children.

Regardless, the fact remains that the children who have been forcibly separated from their parents have undergone just one more trauma in a life that was probably full of trauma even before they fled their native countries. With this new executive order, the Trump administration says it will stop separating families—but what will happen to the thousands of children already taken from their parents?