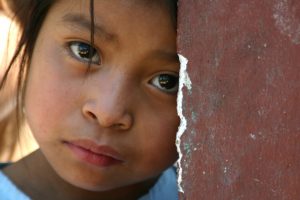 News coverage of family separations at the U.S.-Mexico border has awakened a fiery debate about media bias. Some believe that images and audio recordings of crying children are being used as political leverage.

During a press conference last week, Homeland Security Secretary Kirstjen Nielsen said that the American public is not getting the full story on what’s happening. She believes that reporters are deliberately seeking out emotional material in an effort to push their own agenda.

“I think that they [the images and audio recordings of migrant children] reflect the focus of those who post such pictures and narratives,” Nielsen said. “The narratives we don’t see are the narratives of the crime, of the opioids, of the smugglers, of people who are killed by gang members, of American children who are recruited and then, when they lose the drugs, they’re Tased and beaten. So we don’t have a balanced view of what’s happening.” 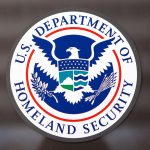 George W. Bush founded the United States Department of Homeland Security on November 25, 2002. The purpose of the department is to protect the nation from both internal and external threats. This federal organization employs over 240,000 people in jobs that range from aviation and border security to cyber security and emergency response.

But others disagree. ProPublica President Richard Tofel argued that reporters are just doing their jobs.

“The Secretary of Homeland Security said just now that our posting of the audiotape today reflected ‘the agenda’ of those posting it. That is true. Our agenda is to bring the American people facts for their consideration,” Tofel wrote on Twitter.

One: Journalists who toured the Brownsville immigrant detention facility were prohibited from taking photos or videos. The only photos and videos that were aired were those distributed by the Trump administration.

Two: The media has reported on gangs, opioids, and smugglers. Whether or not that coverage has been sufficient is a matter of personal opinion, but it is factually incorrect to say that these are “narratives we don’t see.”