A Primer on the Political Asylum Process in the U.S. 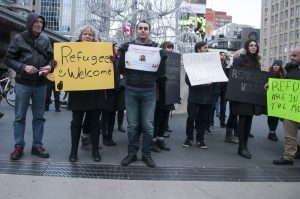 75% of asylum cases from Central America were denied between 2012-2017.
Image: arindambanerjee / Shutterstock.com

In the wake of the humanitarian crisis happening at the U.S.’s southern border, a lot has been said about political asylum—not all of it accurate. Some have even called it an easy way for “anyone” to get into the United States. However, the fact of the matter is that the asylum process is long and complicated, and most applicants don’t get approved for asylum.

“The likelihood of [immigrants from Central America] getting asylum is very minimal,” Thomas Haine, a former trial attorney for Immigration and Customs Enforcement (ICE), told The New York Times. The reason? They have to convince a judge at an immigration court that they belong to a social group that could qualify them for political asylum, since they can’t really argue that they fit the other criteria for asylum—persecution based on race, religion, nationality, or political opinion. Typically, Central American refugees are fleeing gangs, drug cartels, or other types of violence; however, fearing for your own life isn’t considered a legitimate reason for asylum.

With that in mind, let’s take a look at the official processes and guidelines for requesting and being granted political asylum in America. According to U.S. Citizenship and Immigration Services, people come to the United States seeking asylum because they have either been persecuted or fear that they will suffer persecution due to race, religion, nationality, political opinion, or membership in a particular social group (for example, gay or lesbian people fleeing countries where homosexuality is illegal and punishable by death). 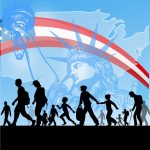 Political asylum applicants have a few hurdles to clear before they even get a hearing in court. The first of these is fingerprinting and a background/security check. The next step is an hour-long interview with an asylum officer, who asks questions to determine eligibility for asylum by evaluating whether a petitioner meets the definition of a refugee, as defined in Section 101(a)942)(A) of the Immigration and Nationality Act. The asylum officer has to consider whether there are reasons the petitioner would not be eligible for getting asylum, including conviction of a serious crime, firm resettlement in another country prior to arriving in the U.S., or posing a danger to the security of the United States.

People can apply for asylum within one year of arrival in the United States. Spouses and children in the U.S. can be included in the application, but children have to be under the age of 21 and not married. People who are granted political asylum have to petition to have their family included on their asylum application, and this petition must be filed within two years of being granted asylum “unless there are humanitarian reasons to excuse this deadline.”

People who enter the United States illegally can apply for asylum as long as they file their applications within one year of their last arrival and they are not currently in deportation proceedings.

People granted asylum can apply for a green card (permanent residence document) after they have lived in the U.S. for one year.

More than 75 percent of political asylum cases from Central America that came before immigration courts were denied between 2012 and 2017. That compares with 17 percent from Ethiopia, 20 percent from China, and 25 percent for Nepal. Simply put, even when Central American refugees apply for asylum, the vast majority of their cases are denied.

The asylum process is not an easy or quick one, and it’s extremely difficult to “game the system” because of the degree of investigation needed before a person is granted political asylum. Furthermore, asylum may be terminated by the Attorney General at any time.