Principles of Democracy: Accountability and Transparency 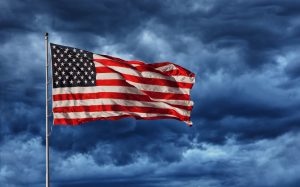 Two of the most essential principles of democracy are accountability and transparency, without which democracy would be impossible. Accountability ensures that government officials are held accountable to the citizenry; transparency gives the public the right to access government information and requires that decisions and actions made by the government are open to public scrutiny.

What happens when transparency and accountability are absent? When the public is made ignorant of government information and decisions, it cannot hold meaningful elections or make informed electoral choices. This leaves the government free to become self-serving, corrupt, and arbitrary.

In democracy, elected officials are held accountable because it is the citizenry that elects them to begin with, and re-election theoretically heavily depends on how well those elected officials have served the interests of the people. An elected official who behaves in a way that is not consistent with the will and values of the citizenry—such as participating in illegal activities, succumbing to corruption, or failing to execute their duties competently—is subject to the people’s scrutiny.

Civics Lesson: The Freedom of Information Act of 1966 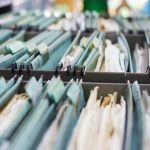 The Freedom of Information Act (FOIA) of 1966 established that “any person has a right, enforceable in court, to obtain access to federal agency records.” Signed into law by President Lyndon B. Johnson, FOIA is designed to ensure that the public has access to any requested information from executive branch government agencies, including “cabinet offices, such as the departments of Defense, State, Treasury, Interior, and Justice (including the Federal Bureau of Investigation and the Bureau of Prisons); independent regulatory agencies and commissions, such as the Federal Trade Commission, Federal Communications Commission and the Consumer Product Safety Commission; ‘government controlled corporations’ such as the U.S. Postal Service and Amtrak; and presidential commissions.”

One of the ways in which this “right to know” is protected is through freedom of the press. In the United States, the media has broad protections granted by the Constitution that allow it to seek out and share information of public interest.

Accountability is further enshrined in the U.S. through Constitutional Limits and the separation of powers, which provides a set of checks and balances designed to keep any one branch from abusing its power or dominating the others. The separation of powers is furthered by the 10th Amendment of the Bill of Rights, which states, “The powers not delegated to the United States by the Constitution, nor prohibited by the States, are reserved to the States respectively, or to the people.” This helps to ensure that local needs are decided by lower levels of government, allowing the people to be closer to the decision-making process and, if need be, hold local elected officials accountable.

Together, accountability and transparency safeguard against corruption and tyranny and help create government policies that better serve the people—rather than simply lining the pockets of government officials. These safeguards are absent in dictatorships, which paves the way for abuse of power. In the 2015 Corruption Perceptions index, Transparency International (TI) found that of the top 50 most corrupt countries in its “perception surveys,” 30 were categorized as “not free,” while 20 were “partly free” but mostly bordering on “not free.” This stands in stark contrast to the top 50 least corrupt countries: 40 were categorized as “free,” four were “partly free,” and six were “not free.”

The best way to fight and prevent corruption and tyranny in our government is to hold our government officials accountable, demand transparency, and arm ourselves with facts. Our founding fathers understood the importance of these principles in democracy, and so, too, should we.