A New Movement to Create Diversity of Thought at US Universities 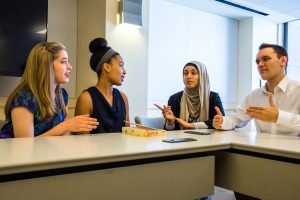 Conservatives have long accused colleges of fostering a politically correct environment in which students feel the need to censor themselves. But is there any truth to that claim? Yes, according to a new poll conducted by the Harvard Crimson.

Two-thirds of seniors who are on track to graduate from Harvard this year claimed that they had “at some point chosen not to express an opinion in an academic setting during their time at Harvard out of fear that it would offend others.” But some students and professors are beginning to take a stand against this type of culture.

Enter: Heterodox Academy, a politically diverse group of professors and graduate students who are working together to counteract the narrowing points of view on college campuses. The group was founded in 2015 and currently has over 1,800 members. 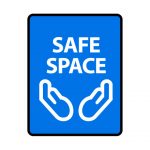 A safe place is an environment that is designed to protect minorities against criticism, discrimination, harassment, physical violence, and emotional abuse. Some say that safe spaces violate citizens’ First Amendment rights.

According to the Wall Street Journal, the purpose of the university is to seek truth rather than social justice. The goal is to create an environment where all opinions and perspectives are open to consideration. The group believes that learning cannot occur unless students are exposed to ideas that are different from their own.

Social psychologist and Heterodox Academy co-founder Jonathan Haidt believes that today’s college students are more prone to feel threatened by words and ideas than older generations. And there’s research to back that up.

Studies have shown that those who belong to “iGen” (the Internet generation born since 1995) suffer from higher rates of anxiety and depression than older generations. Researchers attribute this to vast amounts of time spent on social media.

Wall Street Journal contributor Emily Esfahani Smith argues that the parents of this generation protected their children from the hardships of daily life. This in turned made their children psychologically fragile and unprepared to cope with the challenges of higher education.

As a result, we get instances like those seen at the Evergreen State College in Washington State. In 2017, Evergreen State professor Dr. Bret Weinstein spoke out against a proposed “Day of Absence” in which white students were asked to stay off campus for the day. The purpose of the event was to draw attention to racial inequality.

By speaking out against the event, Dr. Weinstein found himself front and center of a heated debate over social justice. A mob of 50 students surrounded him in the school hallway, verbally assaulting him and accusing him of being a racist.

Every time Dr. Weinstein tried to explain his point of view, he was shouted down by the mob. He believes that this is a result of a college environment that only caters to one set of ideas and beliefs.

“Something is seriously and dangerously amiss,” Dr. Weinstein testified before Congress. “At this moment in history, the center does not hold. Partisan polarization and political corruption have rendered government ineffective, predatory, and often cruelly indifferent to the suffering of American citizens. Tribalism is the natural result.”