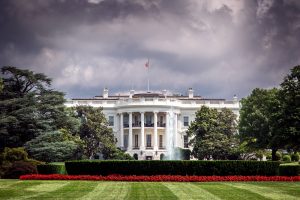 While the nation was justifiably fixated on the humanitarian crisis underway at our southern border, the White House released a proposal for a radical overhaul of the federal government, as the Washington Post put it.

The proposal, titled Delivering Government Solutions in the 21st Century, frames itself as a plan to make the government more efficient and “customer-friendly.” Frequent references to U.S. citizens as “customers” and highlighting the “customer experience” make it seem that the reorganization should be chock full of great run-the-government-like-a-business ideas. However, what they really propose is privatizing a lot of government functions and ensuring that the nation’s safety-net programs are thrust into chaos and confusion, thereby making them even less efficient than they already are.

The proposal suggests consolidating “non-commodity nutrition assistance programs” into the Department of Health and Human Services, renaming HHS the Department of Health and Public Welfare, and establishing the Council on Public Assistance. The Council on Public Assistance will be “comprised of all Federal agencies that administer public benefits, with a statutory authority to set cross-program policies including uniform work requirements.” 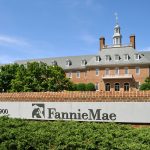 The Federal National Mortgage Association (Fannie Mae) and the Federal Home Loan Mortgage Corporation (Freddie Mac) were created by Congress and play an important role in the nation’s housing finance system by providing liquidity, stability, and affordability to the mortgage market. Fannie Mae was first chartered by the U.S. government in 1938 to help ensure a reliable and affordable supply of mortgage funds throughout the country. Today it is a shareholder-owned company that operates under a congressional charter. Freddie Mac was chartered by Congress in 1970. It is a private, shareholder-owned company that operates under a congressional charter. Both agencies were placed into conservatorship of the government in 2008. Photo by Frontpage / Shutterstock.com

Let’s unpack this a little bit. First of all, the word “welfare” already has a stigma attached to it, particularly in conservative communities, so calling HHS the Department of Health and Public Welfare only further stigmatizes it. The proposal includes shifting SNAP (also known as “food stamps”), which serves more than 42 million poor and working-class Americans, from the Department of Agriculture to the new super-department. According to the New York Times, conservative think tanks such as the Heritage Foundation and Koch-related groups have sought for a long time to separate food aid from agriculture in hopes of cutting costs.

The government reorganization proposal suggests privatizing the U.S. Postal Service and the Federal Aviation Administration. Republicans have been urging a privatization of the Postal Service for many years because it’s supposedly been losing money hand over fist. President Trump said this is all Amazon’s fault, but it’s really due to a 2006 law put in place under the administration of Republican president George W. Bush that requires the U.S. Postal Service to pre-fund future retirees’ health benefits.

The plan also “offers a real estate bonanza for developers, selling off federal properties en masse,” according to former Council on Foreign Relations Senior Fellow Laurie Garrett. This includes activities such as “divesting federal transmission assets” like the Tennessee Valley Authority. Why? “Eliminating or reducing the Federal Government’s role in owning and operating transmission assets, and increasing the private sector’s role, would encourage a more efficient allocations of economic resources and mitigate unnecessary risk to taxpayers.”

The government reorganization proposal states that “the vast majority of the Nation’s electricity needs are met through for-profit investor-owned utilities” and says that the private sector will handle it best because there are “appropriate market and regulatory incentives.” However, private ownership of electricity transmission utilities often increases costs to consumers rather than lowering costs, as deregulation advocates often claim it will.

Another change announced in the government reorganization proposal is to “reform the federal role in mortgage finance,” by which the White House means  “ending the conservatorship of Fannie Mae and Freddie Mac, reducing their role in the housing market, and providing an explicit, limited Federal backstop that is on-budget and apart from the Federal support for low- and moderate-income homebuyers” in order to “level the playing field with the private sector to decrease Federal subsidies supporting housing.”

According to Garrett, it also “cuts or restructures all the [federal programs] that are meant to educate people about their financial rights & protect them from bank & mortgage fraud.” That is correct. The Heritage Foundation’s 2017 list of reorganization recommendations, which is clearly being followed by the Trump administration, includes the elimination of the Consumer Financial Protection Bureau, the Corporation for Public Broadcasting, and the Export-Import bank.

There is so much more in the government reorganization proposal that has the potential to affect Americans of all walks of life, races, and rural or urban lifestyle—including programs from which many of President Trump’s supporters benefit. It’s critically important that all Americans read and understand the White House’s government reorganization proposal.