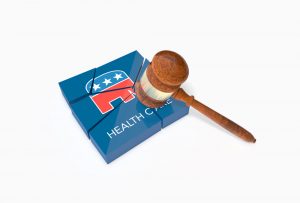 In the midst of the Trump administration’s family separation policy, House Republicans have crafted a 2019 budget proposal to repeal Obamacare and issue massive cuts to Medicare, Medicaid, and Social Security, in an effort to revive the deficit-cutting mantle for Republicans.

In terms of Medicare, the GOP budget proposal would gravitate toward a system of “private health insurance plans competing with one other” instead of the existing open-ended, government-provided structure. As for Medicaid, the new budget would impose new caps that could lead to cuts in payments over time, according to Bloomberg. For Social Security, the budget projects “cuts of $4 billion over the next decade,” which will eliminate concurrent receipt of unemployment benefits as well as Social Security disability insurance.

The Republican budget proposal is expected to lay out a platform for the GOP to run on in November. In addition, the budget has introduced a fast-track process known as reconciliation, which could essentially allow an Obamacare repeal to pass without Democratic votes in the Senate. But in order for that to actually happen, the Senate would have to adopt a budget as well, an occurrence that many budget experts believe is unlikely. 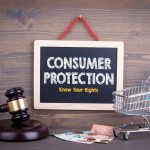 More formally known as the Dodd-Frank Wall Street Reform and Consumer Protection Act, the Dodd-Frank Act is a United States federal law that places regulation of the financial industry in the hands of the government. Enacted in July 2010, the legislation created financial regulatory processes to limit risk by enforcing transparency and accountability.

Not only does the GOP budget proposal cut a significant amount of health care benefits, it also proposes $2.6 trillion in reductions to mandatory spending programs, including $231 billion in student financial aid and $59 billion in Veterans’ programs.

As Rep. John Yarmuth (D-Ky.), the ranking member on the House Budget committee, pointed out, this Republican budget “scraps any sense of responsibility to the American people and any obligation to being honest. Its repeal of the Affordable Care Act and extreme cuts to health care, retirement security, anti-poverty programs, education, infrastructure, and other critical investments are real and will inflict serious harm on American families.”

Furthermore, GOP members have proposed a number of other cost-saving measures, some of which could prove unpopular if implemented, as mentioned by the Washington Post. These measures include a massive increase in work requirements for food-stamp and welfare recipients and requiring federal employees (including members of Congress) to contribute even more to their retirement plans. It also is expected to repeal the Dodd-Frank Act, which regulated banks after the financial crisis 10 years ago.

We should not overlook the implications of the GOP budget proposal, which hurts all working-class Americans. It appears Congress would rather give the wealthy tax cuts rather than improve the lives of the majority of U.S. citizens.