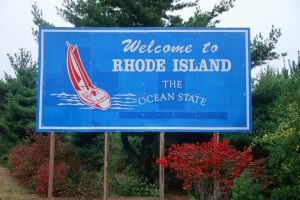 If confirmed by the State House, the bill would require the President to release his tax returns in order to appear on the ballot in 2020.
Image: Shutterstock

President Donald Trump, who broke precedent during the 2016 presidential campaign by refusing to release his tax returns, is now facing scrutiny from the Rhode Island State Senate.

This week, Rhode Island lawmakers passed a bill that would require presidential candidates to file their tax information — going back at least five years — in order for their names to remain on the ballot, according to the Providence Journal. The bill passed the Democratic-led majority Senate on a 34-3 vote. The next move will be to pass it on to the Rhode Island State House for approval. 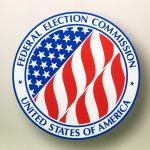 The legislation was first introduced by Democratic Sen. Gayle Golden, who noted that every president since Richard Nixon has “voluntarily made their information open to the public,” except for President Trump.

Personal tax returns reveal highly classified information—tax rates, taxes paid, deductions and credits claimed, charitable donations, debts claimed, and more. The president has officially filed a legally required 104-page “Personal Financial Disclosure” with the Federal Election Commission. The disclosure issues a list of investments in more than 550 different sources, and income from more than a hundred different entities. Unlike a tax return, however, this form doesn’t reveal an individual’s annual income nor is it sworn to be accurate under penalty of perjury.

The call for President Trump to release his tax records to “The People” has been an ongoing saga, especially in light of Robert Mueller’s ongoing Russia investigation and questions about the president’s financial ties to Russian oligarchs. His stalwart refusal to do so has raised more than a few eyebrows and has fed into an abundance of theories on why he is so adamant about breaking with 30 years of a good-faith tradition.