Attitudes About Migrants Are Mostly Shaped by Myths 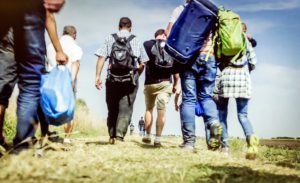 Fears of immigrants are typically driven by myths. Photo: Shutterstock

It’s no big secret that immigration is a huge issue—not just in the United States, but in Europe as well. Immigration is, in fact, reshaping societies all over the world.

However, even though migrants have often brought economic benefits to the countries in which they settle, they have also created much more multicultural and diverse nations. Many native-born citizens of those countries feel threatened by migrants. That fear is driven by myths which are often given a loud public voice by nationalist groups and politicians.

The growing antipathy toward migrants has led to a rising tide of populist and nativist sentiment across the U.S. and Europe. President Trump’s promise to build a wall to keep Mexican and Central Americans out of the nation was one of the main reasons he gained so much support in the Republican party. Brexit happened because of British fears about a wave of immigrants—primarily from predominantly Muslim countries. The right-wing populist government of Hungary, led by Viktor Orban’s Fidesz party, gained a fourth term in power because of fear of immigrants. 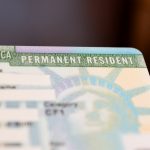 The 1996 welfare legislation signed into law by President Bill Clinton created two categories of immigrants for benefit eligibility purposes: “qualified” and “not qualified.” It also excluded most people in both of these groups from eligibility for many benefits. Qualified immigrants include lawful permanent residents (people with “green cards”), refugees and people granted asylum, Cuban and Haitian entrants, and some survivors of human trafficking. Undocumented immigrants, and many people lawfully living in the U.S., are considered “not qualified.”

Exceptions to the benefit restrictions for not-qualified immigrants include emergency Medicaid (if the immigrant is otherwise eligible for their state’s Medicaid program), school breakfast and lunch programs, and access to the Special Supplemental Nutrition Program for Women, Infants and Children (WIC). The reason for granting WIC benefits is purely pragmatic: it’s well known that good prenatal and early childhood nutrition help to produce healthy children, and since anyone born in the United States is a citizen, the government would like its citizens to be as healthy as possible.

So, exactly what are the myths that drive fear of migrants? The most popular myth seems to revolve around the sheer number of immigrants coming to northern countries. A study based on surveys in the U.S. and several European nations show that people tend to vastly overstate their immigrant populations. For example, in the United States, people perceive that the percentage of migrants in the population is more than 35 percent, when in fact immigrants comprise only about 12 percent of the population. Britons believe that about 33 percent of their nation’s population consists of immigrants, but they’re actually only about 12 percent, too.

Those overestimates tend to be largest among the least educated, workers in low-skill occupations where there are lots of migrants working, and those on the political right. They also tend to overstate the share of Muslim immigrants and understate the share of Christians, while underestimating migrants’ education and believing that most immigrants are poor and dependent on welfare programs.

In the United States, migrants can’t access any of the nation’s social welfare programs until they have been in the country for at least five years—and illegal immigrants can never access those programs.

If the impetus for migrants to come to the U.S. or Europe isn’t about taking advantage of welfare benefits, what exactly are the driving factors?

Certainly, economics is part of the picture: many immigrants come from poor nations where there is no real opportunity for people to improve their lives. The vast majority of these migrants come to work so they can support their families, both in their new homes and in their nation of origin. Furthermore, most immigrants don’t actually make it all the way to the U.S. or Europe and tend to settle in developing nations near their own.

Global climate change is also driving migration. As rising temperatures, rising sea levels, and increasingly severe natural disasters strike developing nations, many migrants seek a home where they can rebuild their lives. Research by Cristina Cattaneo and Giovanni Peri suggests that climate change will probably push people from rural agricultural areas to cities, from the global South to the richer Northern Hemisphere, and across national borders.

Given that immigration is inevitable as political violence and crime increases and as climate change makes it impossible for migrants to earn a living in their home countries, what can be done to ensure that anti-immigrant sentiment doesn’t take hold and move wealthier nations to the political right? Michael Clemens of the Center for Global Development has a few ideas.

First, he said, if wealthy nations want fewer immigrants, it would make sense to help poorer countries become wealthier so that fewer people want to leave. This could be done by opening up their markets to developing countries’ exports and helping them adapt to climate change. He also says wealthier nations should start writing new rules and creating new institutions to manage the flow of immigrants more sensibly. They could develop mutually beneficial forms of migration, such as temporary work or student visas, and they could establish programs and funding to help vulnerable native-born people whose jobs might be jeopardized by an influx of immigrants.

Immigration can be a great opportunity and even benefit the nations in which migrants settle. Before that happens, people need to understand that many of their fears about immigrants are largely unfounded.