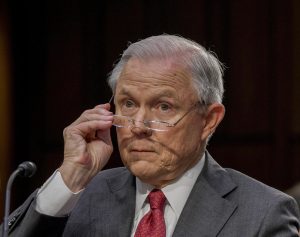 “Her actions support those who flout our laws and boldly validate the illegality,” Sessions said during a speech he gave at the California Peace Officers’ Association in San Diego. “How dare you. How dare you needlessly endanger the lives of law enforcement just to promote your radical open borders agenda.”

In February, Schaaf warned the public that federal immigration raids were about to take place in the San Francisco Bay Area. California Lieutenant Governor Gavin Newsom praised Schaaf’s warning, which only drew more ire from Sessions. 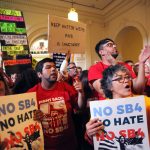 As America’s Voice points out, the term “sanctuary city” is actually a misnomer, since many Americans mistakenly believe that is refers to a city that doesn’t prosecute illegal immigrants.

While there is not one agreed-upon definition, the phrase is generally used to refer to a city, county, or state that protects low-priority immigrants from being deported. Each region varies in regard to how much it chooses to cooperate with federal immigration enforcement agencies. Contrary to popular belief, illegal immigrants who have committed serious crimes are still subject to prosecution.

“Bragging about and encouraging the obstruction of our law enforcement and the law is an embarrassment to this proud and important state,” Sessions declared.

The attorney general’s bold statements came shortly after he announced that the Justice Department was suing the state for passing three laws that allegedly prevent federal immigration officers from performing their duties.

“Contrary to what you might hear from the lawless open borders radicals, we are not asking California, Oakland, or anyone else to enforce immigration laws,” Sessions said.

He also accused California lawmakers of treating immigration officers “differently” in an effort to advance their open borders agenda.

“Stop protecting lawbreakers and giving all officers more dangerous work to do so that a few politicians can score political points on the backs of officer safety,” Sessions warned.