Is Modern Capitalism a Ponzi Scheme? 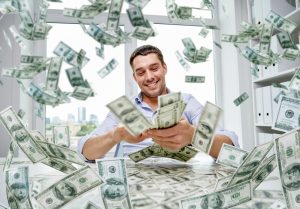 Capitalism as a Ponzi scheme: that seems like a belief that only the most radical left-wingers might hold. But it might surprise you that points supporting this idea come from both the left and from the right.

First, you have groups like CrimethInc, which calls itself “a rebel alliance” and “an international network of aspiring revolutionaries.” In an article on the CrimethInc blog, the group explains that in capitalism “we’re encouraged to compete against each other to improve our positions on an individual basis. But there’s not enough space at the top for all of us, no matter how hard we work—and no pyramid scheme can go on expanding forever. Sooner or later it’s bound to crash.”

Clearly this is a very liberal point of view. But you might be surprised to find out that the same views are espoused by people like conservative mathematician Eric Weinstein, a managing director at Thiel Capital, a research fellow at Oxford University, and a former contributor to Breitbart. 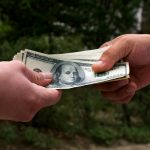 A Ponzi scheme is a variety of pyramid scheme fraud in which someone posing as a business person lures investors and pays profits to those early investors using funds obtained from newer investors. Ponzi schemes can be sustainable as long as investors continue to believe they own (non-existent) assets and don’t demand full repayment.

In a typical Ponzi scheme, one person recruits another to invest a certain amount of money. The second person recovers their investment by recruiting more people under them. The more people that person can recruit, the greater their profit. Eventually the scheme collapses because there aren’t enough people at the bottom to sustain it. Only the people near the top of the pyramid make any significant profits, and people near the bottom lose everything they invested.

The scheme was named after Charles Ponzi, who in 1919 formed a fraudulent business based on international reply coupons and postage stamps. Because he was so successful in profiting from his ill-gotten postal gains, he attracted investors. But Ponzi never invested the money; he simply redistributed it and told the investors they made a profit. Ponzi was arrested in 1920 and charged with 86 counts of mail fraud. He pleaded guilty and spent 14 years in prison.

In a recent episode of the Waking Up with Sam Harris podcast, Weinstein explains what he means. “I think that what happened, if we think about it historically, is that we had this beautiful period of fairly reliable, high, evenly distributed technologically led growth after World War II, up until about 1970. We predicated all of our institutions on this expectation that this growth was some sort of normal thing we could depend upon in the future.”

But then, that growth ran out, and as Weinstein says, “We were left with all of our institutions looking in some form or another like a Ponzi scheme.”

“In order to keep running an institution that expected growth in a steady-state condition, you need to change the narrative to create some sort of ‘as-if’ growth story,” Weinstein says. “So you start stealing from the future, you start stealing from groups that are too weak to defend their own economic interests, so that certain slices can keep growing even if the pie doesn’t grow so well.”

In CrimethInc’s words, “The labor of those lower on the pyramid enriches the ones towards the top … Capitalists cash in on the activity of the exploited.”

“There are certain areas that kept growing, like communications and computation, so there was some real growth, but in general, what we have is a bunch of institutions that used to be capable of honesty that had to develop narratives,” Weinstein says. “The problem is that we’ve had “as-if” growth, across the spectrum, for most of our adult lives, and that story, which is a fiction, ran out.”

CrimethInc puts it a different way. “Until a few decades ago, the labor movement at least forced capitalists to pay workers enough to buy the products of their labor,” they state. “Now the old labor movement has been outflanked and… this has enabled a handful of magnates to amass the greatest fortunes in history, but it is eroding the consumer base that supports the entire operation in the first place.”

Weinstein sees the results of this upward mobility of the super-rich and downward mobility for everyone else. “The markets are the kind of invisible fabric that keeps us together,” he says. “When growth stops proceeding at the levels that it’s expected, people can’t form families in real time… people can’t plan for coupling and for a future. I think it gets right into the most intimate details of our lives when the markets don’t materialize in the way we need them to.”

If the radical left and the conservative right both see our version of capitalism as a Ponzi scheme, what can we do about it? In the words of CrimethInc, “Instead of going down with the Pharaohs, let’s join forces to establish another way of life.”