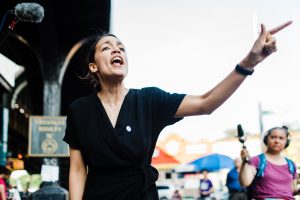 Everyone loves a story about the underdog who succeeds against all odds.

Such is the case with Alexandria Ocasio-Cortez, a 28-year-old Puerto Rican-American woman who recently won the Democratic primary in New York’s 14th Congressional District. Ocasio-Cortez’s win was highly unanticipated for a couple of reasons.

For starters, Ocasio-Cortez is a first-time candidate, and she was competing against 10-term Rep. Joe Crowley. As Slate points out, Crowley is a fourth-ranking House Democrat who was positioning himself to succeed Nancy Pelosi as the next House Speaker should Democrats win the House back in November. 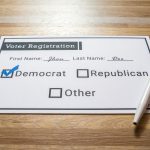 A primary election allows the public to indicate their preference for a candidate who will be representing that party. In open states, anyone can vote in either party’s primary. In closed states, only those registered with the affiliated party can vote in the primary. However, each person can only vote in one primary (not both).

In an interview with left-wing magazine In These Times, Ocasio-Cortez said that the key to her victory was encouraging people to make their voices heard by voting.

“The only time we create any kind of substantive change is when we reach out to a disaffected electorate and inspire and motivate them to vote,” Ocasio-Cortez said. “That is how Obama won and got re-elected, and that’s how Bernie Sanders did so well.”

But another reason Ocasio-Cortez’s win was such a surprise is because she had relatively little funding to work with. Slate reports that she was able to raise just over $300,000 for her campaign, while opponent Crowley raised more than $3 million—ten times as much.

But that’s not the only challenge she faced. The victor said that one of the biggest obstacles has been convincing people that change is possible.

“The biggest hurdle that our communities have is cynicism—saying it’s a done deal, who cares, there’s no point to voting,” Ocasio-Cortez told a group of campaign volunteers. “If we can get somebody to care, it’s a huge victory for the movement and the causes we’re trying to advance.”