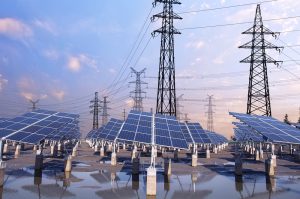 It’s no secret that the White House is not exactly a friend of clean energy. The administration’s rollback of environmental protection regulations and President Trump’s vision of returning jobs to America’s coal industry makes that eminently clear.

More disturbing, however, is the Trump administration’s repeated requests for ever-deeper cuts to scientific and applied energy research—just months after Congress rejected proposed cuts to clean energy programs at the U.S. Department of Energy.

The most recent example of the administration’s efforts takes the form of direction from John Vonglis, chief financial officer at the White House’s Office of Management and Budget to agency heads. In his June 22 memo, Vonglis asked the Department of Energy to submit a budget request that would “reduce funding from all non-defense offices by 5 percent from what the administration sent to Congress for fiscal 2019,” according to the Washington Post. The Trump administration would prefer that the department boost the amount it spends on its weapons program. (The DoE’s National Nuclear Security Administration is responsible for maintaining and securing the U.S.’s nuclear arsenal as well as doing energy research.)

Civics Lesson: The Department of Energy 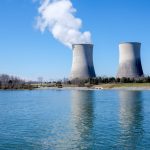 The Department of Energy is one of the youngest federal government departments. It was established in 1977, but its roots go back to before World War II. The Manhattan Project—which built and tested the atomic bombs dropped on Hiroshima and Nagasaki and resulted in the surrender of Japan, bringing a formal end to World War II—laid the foundation for the DoE’s defense responsibilities, including the design, construction, and testing of nuclear weapons.

For decades, the federal government didn’t have much of a role in creating national energy policy because energy was relatively cheap and abundant. All that changed in the 1970s when the energy crisis hit. At that time, the government organizations that conducted energy and nuclear research were spread across a number of government departments. In the wake of the energy crisis, the federal government brought all those agencies into the Department of Energy in order to create a clear policy around energy research (including clean energy research), technology, nuclear weapons programs, energy regulations, and a central data storehouse for energy-related data collection and analysis.

The problem here is that the Trump administration’s 2019 budget request submitted in February was rejected by Congress—in fact, it actually appropriated more funding for alternative energy research than the administration had proposed.

As usual, though, the Trump administration doubled down when it submitted its new budget request. In February, the OMB proposed reducing the budget for the Office of Energy Efficiency and Renewable Energy (EERE) to $696 million for fiscal 2019. The new request for a 5-percent cut in alternative energy research would bring EERE’s budget even lower, to $661 million. By contrast, the budget passed by Congress in its March spending bill put the EERE’s budget at $2.3 billion.

Ironically, in the face of President Trump’s repeated mentions of “beautiful, clean coal,” the budget of the Office of Fossil Energy, the office working on carbon capture and storage, would be cut almost in half. Currently, that office has a budget at $727 million, but for fiscal year 2020, the Trump administration has requested that its budget be $477 million.

Another irony is that if the Trump administration’s request becomes a reality, bureaus that conduct nuclear energy research could see their budgets slashed, too, despite the administration’s goals include reviving the nation’s nuclear power plants.

One of the reasons the OMB’s proposed cuts to clean energy research in fiscal year 2019 didn’t pass Congress because members of Congress (including several Republican senators whose states serve as home to Energy Department laboratories) held firm against the cuts. Why? Because research jobs tend to be high-paying, and they didn’t want to put those jobs at risk.

The OMB’s budget for fiscal year 2020 is still very much preliminary and subject to change, but it makes it quite clear that the Trump administration has it in for clean energy programs. Keep in mind that even though the OMB wants to “shrink the portfolio of the Energy Department’s non-weapons work,” the budget is ultimately passed by Congress, not the president. If you want to keep clean energy programs in the budget, it would be a good idea to let your Congressperson know how you feel.