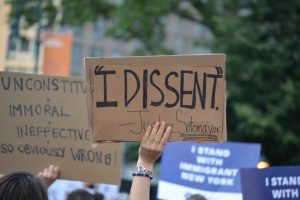 On Tuesday, June 26, the Supreme Court handed down a number of blows to Democrats, handing out conservative victories for crisis pregnancy centers, the travel ban, and non-compulsory union membership. Each of the 5-4 rulings presented a stinging reminder of the lasting impact of the GOP’s nomination blocking tactics employed in 2016.

Those tactics, denounced by Democrats as unconscionable, eventually resulted in the nomination and confirmation of Justice Neil M. Gorsuch, nominated and confirmed under the Trump administration. In every single controversial decision this session, Gorsuch voted with the conservative majority.

Though pointless, it’s hard not to wonder how differently this year’s Supreme Court session would have played out had Senate Majority Leader Sen. Mitch McConnell allowed Judge Merrick Garland to be confirmed rather than setting up a blockade.

Civics Lesson: The Senate vs. the House of Representatives 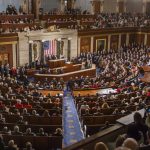 The functions of the Senate and the House also differ. The House’s job is to pass federal legislation that impacts all states. However, laws passed by the House must also be passed by the Senate and signed into law by the president. The House also responsible for executive branch oversight and has the power to impeach federal officials for bribery, treason, and other high crimes or misdemeanors.

Democrats attempted to block the confirmation of Justice Gorsuch in 2017 but were unsuccessful in doing so, in large part because the GOP-controlled Senate voted to change the threshold of votes needed to confirm a nominee from 60 votes to a simple majority—a majority that Republicans already held in the Senate.

That move is a dangerous one (aptly named the “nuclear option”), as it fundamentally alters the balance and deliberateness the Senate is designed to have, taking power away from the minority party and granting it instead to the majority party. Such an act makes compromise far less necessary (or likely) and feeds into vicious partisanship—not to mention that it is likely to backfire wildly if Democrats regain control of the Senate.

The decision to block filibusters and only require a simple majority for confirmation is not only a GOP tactic. Democrats first employed similar measures in 2013 in order to bypass Republican opposition to presidential nominees for lower courts and government positions. At that time, they left the requirements for Supreme Court nominations and confirmations untouched, a favor the GOP did not return when it gained control of the Senate.

The result of the GOP’s nomination blocking tactics and its controversial revisions to the confirmation process is a right-leaning court that last week handed down a series of disheartening decisions for Democrats.

But perhaps the worst news for Democrats was Justice Kennedy’s retirement announcement, which will grant President Trump his second Supreme Court nomination around the 500-day mark of his presidency. The president has already shared a shortlist of candidates, all of which are predictably cheered by the right and denounced by the left. According to the Senate, the confirmation vote will proceed shortly before midterm elections—in other words, even if the Democrats win back the Senate, it will be too late to change the outcome.