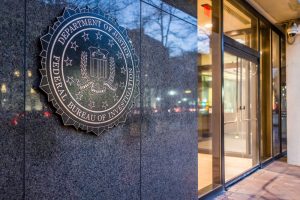 As justice has slowly closed in on President Donald Trump in various forms—most notably through the investigation run by special counsel Robert Mueller—the commander in chief has been running out of excuses to give. The evidence is piling up, and the indictments and guilty pleas are creeping deeper and deeper into his inner circle. Just about the only explanation he has left is a conspiracy theory, the idea that a “deep state” has infiltrated the federal government and is determined to take President Trump down.

Hyper-partisan attitudes are nothing new in Washington, of course, but what the president is alleging is no ordinary political bias. His loud, angry protestation is that an army of bitter Democrats, left over from Barack Obama’s administration, have taken over the highest ranks of the nation’s intelligence agencies and allowed their anti-Trump fervor to compromise the integrity of their work.

Intelligence community officials, however, aren’t having it. Secretary of State Mike Pompeo recently laughed off the notion of a “deep state,” and Christopher Wray, director of the FBI, said in a hearing before the House Judiciary Committee last week that his agents are not swayed by political bias.

Civics Lesson: History of the FBI 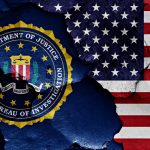 When Donald Trump claims that the FBI is targeting him out of political bias, he’s not only impugning one of the most trusted institutions in America today; he’s also trying to shred a century’s worth of historical precedent. The apolitical nature of federal law enforcement agents dates back to J. Edgar Hoover, who took over the Bureau of Investigation (BOI) in 1924. One of Hoover’s first moves as acting director was to fire a number of agents whom he considered to be political appointees; this way, he could ensure that everyone on board was loyal only to the truth.

Hoover’s goal was to shape the FBI into simply a “fact-finding agency” that “never makes recommendations or draws conclusions.” It wasn’t a political body; it simply sought justice. That was Hoover’s vision, and it’s been carried out by every successor that came after, from William Webster and Louis Freeh to, yes, even Robert Mueller and James Comey.

“I will say that I take very seriously our obligation to do our jobs apolitically, independently and objectively, no matter who likes it, on either side,” Wray said. “I will also say that we don’t subject our agents to political litmus tests… All of them are entitled to their views, but we need them to check those views at the door. That’s what I expect of every agent, analyst, and professional staff person at the FBI.”

If a “deep state” of anti-Trump intelligence officials truly existed, then there’s no doubt that the director of the FBI would know about it. And yet, under oath, Wray insisted in the House hearing that he doesn’t even fully know what President Trump is talking about, much less play a role in it.

“I’ve never completely understood the term ‘deep state,’” he said. “What I can tell you is that we have 37,000 men and women working in field offices all across the country and at offices all around the world. They are people of character, of courage, of principle, of selflessness, and of patriotism. That’s the FBI that I see.”