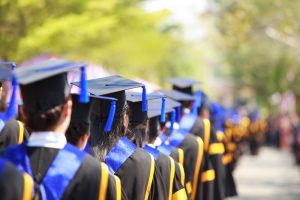 The practice of favoring minority applicants, otherwise known as academic affirmative action, is a controversial topic in the U.S. Some say it evens the playing field by creating socioeconomic opportunities for people who wouldn’t otherwise have them. Others say it’s just another form of racism, as it gives special priority to applicants based on their ethnicity.

Ted Mitchell, president of the American Council on Education, is on the side of academic affirmative action. He believes the policy is integral to achieving equality 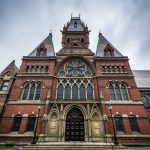 In 2014, an organization called Students for Fair Admissions (SFFA) filed a lawsuit against Harvard University for discriminating against Asian-American applicants. The Justice Department launched an investigation into Harvard’s admissions policies in November 2017. The investigation is still ongoing, with the findings yet to be determined. (Photo: The Harvard Memorial Hall at Harvard University. Credit: Shutterstock)

“At a time when our society grows ever more diverse, and the need for engagement with individuals from other backgrounds is vitally important, the federal government should not threaten colleges and universities in their efforts to construct inclusive campuses,” said Mitchell.

But not everyone sees it that way. Roger Clegg, president and general counsel of the Council for Equal Opportunity, is adamantly opposed to giving special preference to ethnic minorities.

“Just because the courts have ruled that some kinds of racial discrimination are legally permissible does not mean it is appropriate for the federal government to encourage as much of it as people can get away with,” said Clegg.

As The Wall Street Journal points out, the Trump administration’s new guidelines won’t carry the force of law. However, institutions that continue to give preference to racial minorities risk being investigated by the federal government and losing their funding.