Did the President Sell Weapons to Ukraine as ‘Hush Money’? 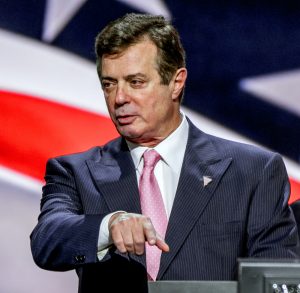 If you’ve paid even the least bit of attention to the scandals that have plagued President Trump in recent months, you’re probably familiar with his track record of paying out hush money. Whenever word threatens to leak out about one of his extramarital affairs—Karen McDougal, Summer Zervos, and Stormy Daniels are three high-profile names that come to mind—the president is quick to throw money at the problem, buying the women’s silence with a six-figure check.

Now, though, we have reason to suspect that President Trump has been buying silence on an entirely new level—perhaps by dealing weapons to Ukraine in exchange for squelching an investigation into his inner circle.

The New York Times reported extensively on the details here. Paul Manafort, the former Trump campaign chairman who’s now in jail on charges of money laundering and financial fraud, was at one point being investigated for his shady dealings involving a pro-Russian political party in Ukraine. Ukrainian officials had four open, wide-ranging cases that concerned Manafort, but the nation’s chief prosecutor recently decided to freeze them all. 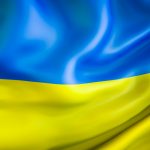 Ukraine is a nation still looking to find its identity in a lot of ways. It gained its independence less than three decades ago—in 1991, with the collapse of the Soviet Union—and since then, it’s been pulled in two directions. The western part of the country has close ties with its neighbors in Europe, Poland in particular, while the east has a controversial connection with Russia.

Things came to a head in 2014, when Russia annexed Crimea and angry mobs of Ukrainians staged protests to chase the pro-Russian president Viktor Yanukovych out of office. The current president, Petro Poroshenko, won election in May 2014 and has tried to lead the nation through trying times, but he’s got his work cut out for him. This latest controversy, involving the Trump administration and its shady ties to the Ukrainian government, is certainly not helping matters. \

The timing looks suspicious, to say the least. The investigations into Manafort were halted right around the same time the Trump administration finalized plans to sell the Ukrainian government a large shipment of sophisticated “Javelin” anti-tank missiles. President Trump’s state department issued an export license for the missiles on December 22 and officially approved the sale on March 2; in early April, Ukrainian investigators were told to stop digging around Manafort.

Ukrainian officials have said there was no explicit quid pro quo, such as missiles being traded for silence on Manafort.

“In every possible way, we will avoid irritating the top American officials,” Ukraine Parliament member Volodymyr Ariev told the Times. “We shouldn’t spoil relations with the administration.”

No one is saying for certain that the U.S. and the Ukraine have a deal in place but, much like with the U.S. and Russia, the fishy connection between the two countries is clear. Before the case was shut down, Ukrainian investigators had traced the origin of some of Manafort’s money to figures in the political party of Viktor Yanukovych, the former Ukrainian president who is known to favor Russia. It’s highly unusual for an investigative body to find this much smoke and then back away before getting to the fire.

No matter, though. Even if officials in the Ukraine aren’t able to dig into Manafort and his shady connections in Russia and the Ukraine, it’s a safe bet that Special Counsel Robert Mueller and his team are doing so. Mueller’s office has already identified former Manafort office manager Konstantin Kilimnik as a key person of interest (he has ties to a Russian intelligence agency and was recently under investigation in Ukraine for espionage).

As the Times notes, this little bit of political dirt is likely to play a key role in Mueller’s investigation of whether President Trump obstructed justice. One of the questions Mueller wants to ask of the president: “What knowledge did you have of any outreach by your campaign, including by Paul Manafort, to Russia about potential assistance to the campaign?”