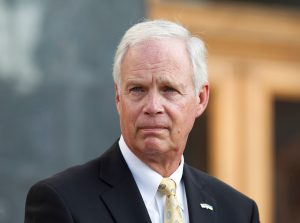 At the same time the Senate Intelligence Committee released its report on Russian interference in the 2016 election, seven Republican senators, including Ron Johnson (pictured), were meeting with Russian officials. Photo: Shutterstock

On July 3, the Senate Intelligence Committee released its report on whether or not Russia interfered in the 2016 U.S. election. In it, they sided with U.S. intelligence and law enforcement agencies, including the FBI, rather than with President Trump, who has repeatedly denied Russian efforts to influence the outcome of the election.

If you didn’t hear about this, don’t be surprised. The timing of the report’s release—late in the afternoon on the eve of a federal holiday—was designed to create as little media attention as possible.

Not only that, but on the very same day, journalists were busy covering a visit between Republican members of Congress and Russian officials. The visit was characterized by the Washington Post as “a preview of the looming summit between President Trump and Russian President Vladimir Putin.” 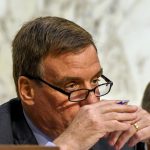 The Senate Intelligence Committee’s seven-page report endorsed the January 6, 2017, Intelligence Community Assessment (ICA) that found clear evidence that Putin had ordered an influence campaign whose goal was to undermine Americans’ faith in the democratic process and to cast an extremely negative light on Hillary Clinton. The assessment also states that Russia “developed a clear preference for” Trump.

“The ICA is a sound intelligence product,” the committee stated. It was produced after “reasonable, transparent, and open” debate. The intelligence analysts the committee interviewed reported that they had received “no political pressure to reach any conclusions.” The committee’s report also noted that both the CIA and FBI had “high confidence” that the Russians favored candidate Trump, and the National Security Agency had “moderate confidence.”

Meanwhile, back in Russia, Republican Louisiana Senator John Neely Kennedy said, “I asked our friends in Russia not to interfere in our elections this year.” Russian Duma member Vyacheslav Nikonov said that the meeting with Republican officials “was one of the easiest ones in my life,” and that the question of election interference was resolved quickly because “the question was raised in a general form.”

If you believe that, we’ve got some swampland in Arizona to sell you.

The Senate Intelligence Committee’s investigators reviewed evidence of “an extensive Russian effort to manipulate social media outlets” that goes beyond the ICA’s report. Is this related to a February indictment by special counsel Robert Mueller for “crimes related to the Internet Research Agency, a Russian troll organization, or another matter”?

In its report, the committee rejected claims that the Steele Dossier had anything to do with findings that Russia had interfered with the election. “All individuals the Committee interviewed verified that the dossier did not in any way inform the analysis in the ICA,” the report concluded.

The Senate Intelligence Committee had previously issued election security recommendations to prevent future meddling in elections. It announced separately that it concurred with the intelligence committee’s conclusion that Russia tried to help candidate Trump in the 2016 election.

The committee appears to be releasing information piecemeal in an effort to avoid conflicts with President Trump and his backers. Their toughest challenge is yet to come, though: it will eventually release its findings on alleged coordination between the Trump campaign and Russia. They haven’t set a date for that release. When it does come, it’s bound to make big news and will most likely divide Democratic and Republican senators. Most likely, President Trump will stay true to form and say that any findings he doesn’t like are “fake news.”