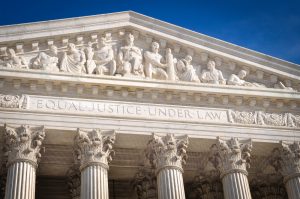 On Monday, President Trump nominated Judge Brett Kavanaugh to fill a vacancy on the Supreme Court. If confirmed by the Senate, Kavanaugh will replace Justice Anthony Kennedy, who is retiring on July 31.

But Democrats are uneasy about the president’s pick—and for good reason.

As CNBC reports, Kavanaugh is a big supporter of executive power and believes in shielding presidents from investigations.

Although President Trump didn’t mention Kavanaugh’s position on executive power as one of the reasons for the nomination, it is highly convenient for the president, who is facing multiple civil lawsuits and is currently under investigation by the Justice Department. 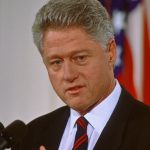 Bill Clinton served as the 42nd President of the United States from 1993 to 2001. The House of Representatives impeached him on December 19, 1998, for obstruction of justice and perjury to a grand jury. However, he was acquitted because the Senate did not reach the 2/3 majority agreement that was needed in order to fully process the impeachment. He was therefore permitted to serve out the rest of his term.

It is for this reason that Senate Minority Leader Chuck Schumer (D-N.Y.) is opposing the president’s nominee.

“Why was Kavanaugh chosen?” Schumer asked reporters on Capitol Hill. “Because the thing the president is most obsessed with is the Mueller investigation, and Kavanaugh is strongest against such an investigation.”

While no one can prove what president Trump’s true motives are, Kavanaugh‘s background does suggest that there are nefarious objectives at play.

Why does that matter?

Because in 2009, Kavanaugh wrote an article for the Minnesota Law Review in which he stated that it was a mistake to believe (as he once did) that a president could be “one of us”—meaning one who carries the same responsibilities of citizenship that all Americans do. He points to the Bill Clinton investigation and his time spent working under George W. Bush as evidence for his reasoning.

“I believe it vital that the President be able to focus on his never-ending tasks with as few distractions as possible,” Kavanaugh wrote.