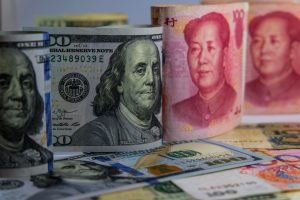 July 6, 2018, is probably a day that will make economic history. Why? It’s the day that President Trump’s first tariffs on $35 billion worth of goods from China went into effect. China responded with an accusation that the U.S. is violating World Trade Organization rules and setting off “the largest trade war in economic history to date.”

China didn’t say what it will target when it retaliates against the tariffs imposed by the United States. However, it has promised to put its own tariffs on U.S. goods, including soybeans, corn, pork, and poultry—goods that are often the mainstay of the economies in Midwestern states, which voted for candidate Trump during the 2016 election.

Civics Lesson: What Exactly Are Futures? 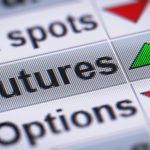 Futures markets are where commodities like soybeans, hogs, corn, crude oil, currency, and beef cattle are bought and sold. Unlike the stock market, which generates immediate money in return for buying or selling stocks, futures consist of a contract—an agreement between a buyer and a seller that the commodity will be bought or sold for a specific price, on a specific day in the future. The way traders earn money on futures is through the price fluctuations that happen after taking a trade.

Not only that, but American businesses have been warning that President Trump’s levies will do more harm than good. “There are no winners in a trade war,” said William Zarit, chairman of the U.S. Chamber of Commerce in China, in a statement. “While our 900 member companies continue to suffer from not having a level playing field in China, they are still extremely clear: Increased tensions in the U.S.-China economic relationship will negatively impact their operations in China.”

Keep in mind that the Chamber of Commerce is not a liberal organization, so they certainly don’t have any political animosity toward President Trump.

It’s no secret that President Trump has long had complaints about Chinese trade practices. He’s accused the nation of stealing U.S. intellectual property and “slamming the $375 billion U.S. trade deficit with the country.”

The president also blames China for the loss of American jobs in the Rust Belt. Economists, however, agree that globalization and the rise of automation are really what has caused job losses in the manufacturing industry. The lure of cheap labor in nations like China has caused profit-driven companies to move their factories out of the U.S.

The Chinese tariffs are specifically targeted at farmers, ranchers, and some workers in the manufacturing industry. This is a real slap in the face to people who work in those industries and live in small towns and rural areas whose economies depend on agriculture—many of whom voted for Donald Trump in the hope that he would bring back jobs and get them fair prices for their crops.

Mark Muro, a senior fellow in the Metropolitan Policy Program at the Brookings Institute, told the Washington Post that the goods and industries targeted by the tariffs “seem carefully selected to maximize agitation in mostly red counties that are oriented toward agriculture.”

As for the people who will really be losing out as a result of President Trump’s trade war—the nation’s farmers and meat producers—they’re realizing just how much damage the tariffs on China will do to their own bottom line. Dustin Baker, an economist for the National Pork Producers Council, said the trade war and resulting tariffs from China are the primary reason why the price of hog futures has dropped recently. “Even a couple of bucks a pig can make a difference between being profitable or not,” he told the Washington Post, “so an $18 drop per pig is significant.”

The people who are being hurt the most by President Trump’s trade war are the very people who voted for him, believing his promises that prosperity will return to their towns and cities. Will they remember this betrayal in 2018 and 2020? That remains to be seen.