Is ‘White Fear’ Part of What Got President Trump Elected? 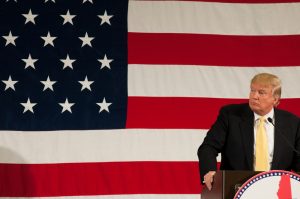 The election of Donald Trump took just about everyone by surprise. He wasn’t supposed to win. During the campaign season, he was behind in the polls the entire time, he was plagued by scandals and, by the end of the race, he’d been abandoned by just about every respectable politician on both sides of the aisle. Somehow, he won anyway. How did this happen? What enabled this political outsider to reach the Oval Office?

One possible answer is a simple one: white fear. Millions upon millions of white American voters were concerned about the changing demographics in their country, and Donald Trump was the one candidate who spoke to those concerns. In the end, that’s why they voted for him.

That may sound like a controversial answer, but according to a new Vox report, it’s one with some scientific backing. Two psychology experts at Yale University, Jennifer Richeson and Maureen Craig, have performed extensive research on white fear of demographic change. The left loves to blame President Trump for making racially charged sentiments acceptable in America again (and the right, bizarrely, finds a way to blame Barack Obama). But it’s possible that racism was innately there the whole time. 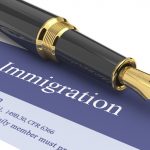 According to projections from the Pew Research Center, the majority of population growth in the next half-century won’t come from new white children being born; it will be from new Asian and Hispanic immigration. Nearly 59 million people have immigrated to the U.S. in the last 50 years, and as a result, a near-record 14 percent of the population is foreign-born. That same figure was just five percent in 1965.

Pew also found that more Americans believe immigrants strengthen the country rather than burden it, and a majority say that increasing ethnic diversity makes America a better place to live.

Richeson and Craig conducted an experiment. First, they had a group of white participants read some text about a census report saying whites would soon lose their footing as a racial majority in America. Then they had a second group simply read about demographics as they exist today, and they compared the two groups’ attitudes. Members of the first group ended up being more likely to agree with statements like “I would rather work alongside people of my same ethnic origin,” even if they thought of themselves as liberal people who generally lacked racist attitudes.

“The point is that people who think of themselves as not prejudiced (and liberal) demonstrate these threat effects,” Richeson explained.

This is a salient topic to explore in the 21st century. The Census Bureau released a report in 2008 estimating that by 2050, people of color would make up more than 50 percent of the U.S. population. Richeson’s research has found that when people are in the majority, their feelings about race are dormant; it’s clear, though, that America won’t be predominantly white forever. Racial resentment is going to be an issue moving forward.

This, no doubt, can help explain the rise of Trump. Fascinatingly, Richeson and Craig found that exposure to information about demographic changes can cause people to be more conservative on a variety of issues, not just race. For example, subjects who looked at the census data moved noticeably to the right on a wide range of issues like defense spending and health care reform. Even if President Trump himself isn’t aware of this psychological phenomenon, it’s clear he’s taking advantage of it.

This problem is not going away. Immigration is going to continue (despite the president’s best efforts), and the nation is going to keep growing more diverse. The hope is that Americans will learn to become more tolerant, but it’s unclear how that will happen.

“My biggest concern about all of this is if we’re going to really build a multiethnic, interfaith democracy, we can’t have these levels of racial polarization,” Richeson said. “How do we come together given this demographic split? It’s terrifying for us.”