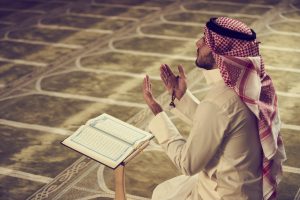 The First Amendment guarantees all Americans freedom of religion, but there’s unfortunately a large swath of the population that slept through their high school civics classes. According to the Atlanta Journal-Constitution, a new report shows that nearly 20 percent of Americans want to deny Muslim citizens the right to vote.

Democracy Fund Voter Study Group, a team of nearly two dozen political analysts and scholars, conducted a lengthy survey in which it assessed the views of 5,000 Americans. In June, the group published a report entitled “Muslims in America: Public Perceptions in the Trump Era,” which found that only 51 percent of Americans believe Muslim U.S. citizens respect American ideals and laws, and many favor disenfranchising members of the Muslim faith. 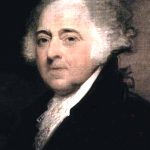 Conservatives love to claim that America was founded as a Christian nation, but the truth is, there’s very little evidence to support that. The Founding Fathers’ words make it clear that they were building a secular country. John Adams (pictured at right) famously said that “the government of the United States is not, in any sense, founded on the Christian religion.” Thomas Jefferson, in a letter to Adams, wrote that “the day will come when the mystical generation of Jesus by the Supreme Being in the womb of a virgin will be classed with the fable of the generation of Minerva in the brain of Jupiter.” Those are not the words of religious fanatics.

Our founding documents say little about religion being a part of the nation’s framework. The Declaration of Independence basically stated that the power of government comes from the people themselves, not from God. The Articles of Confederation hardly mentioned God at all and gave no authority whatsoever to religion. The Constitution guaranteed freedom of religion and also mandated that “No religious Test shall ever be required as a Qualification to any Office or public Trust under the United States.”

We’re not an Islamic nation, but we’re not a Christian one, either. The truth is that Americans have the freedom to adopt whatever faith (or lack thereof) they please.

In fact, there’s no evidence of Muslims being less American or less law-abiding than anyone else. Pew Research found that large majorities of Muslims have high levels of national pride, and 76 percent of American Muslims believe the targeting and killing of civilians can never be justified. Only 56 percent of the American population at large agreed with that statement.

Of course, the actual facts carry less weight than they might have in the past. President Trump, who made a Muslim travel ban his first order of business after his January 2017 inauguration, helped make it socially acceptable to discriminate against Muslims. Indeed, the Democracy Fund study found that supporters of President Trump had a massive gap in their approval ratings between Muslims and Christians, respectively: minus-10 versus plus-25. Sides’ and Mogahed’s report noted that many Republicans consider Islam to be a “false religion.”

“The 2016 presidential campaign and the first year of the Trump administration brought a renewed focus on Muslim populations both inside and outside the United States,” Sides and Mogahed wrote. “As a candidate, President Trump suggested that large numbers of Syrian refugees were terrorists and falsely claimed that thousands of Muslims in New Jersey cheered the September 11 attacks. He proposed a national database to register Muslims, enhanced surveillance of mosques in the United States, and a ban on Muslims entering the United States.”

Despite all the political unrest surrounding them, Muslims are not going away any time soon, and President Trump and his supporters will need to accept that. Pew estimated that there are currently 3.45 million Muslims living in the United States and that by 2050, there will be about 8.1 million, meaning Islam will supplant Judaism as the nation’s second most popular religion.