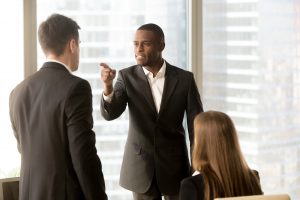 According to The Root, nearly half of Americans believe that white people experience just as much discrimination as people of color do. This ideology is often referred to as “reverse racism.”

If you find yourself agreeing with the above sentiment, we’ve got news for you: reverse racism doesn’t exist.

Why? Because first things first, the very term “reverse racism” implies that white people are the predominant upholders of racism (which is true). Thus, those who use the phrase are inadvertently acknowledging that white people have been the primary offenders throughout most of history. 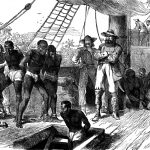 The first slave ship came to America in 1619. Slavery was officially abolished on December 18, 1865, with the adoption of the 13th Amendment.

The economic, political, and social power that white people have historically wielded over people of color makes it impossible for them to experience the opposite. In order to do so, they would have to suffer hundreds of years of systemic oppression—including slavery.

And if you think racism is a thing of the past, think again. To this day, white people still hold a significant advantage in society. Take job earnings, for example.

As a result, we’ve seen the emergence of academic affirmative action, BET, and Black Lives Matter. White people often mistake these institutions as being racist. They’re not. They’re simply designed to empower people who are at a significant societal disadvantage. It’s about leveling the playing field, not tipping the scale in the other direction.