SCOTUS Nominee Kavanaugh Is Not a Friend of the Environment 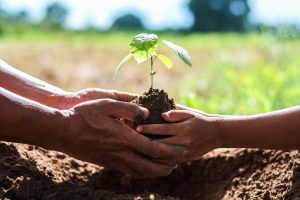 Brett Kavanaugh, President Trump’s nominee to fill Anthony Kennedy’s Supreme Court seat, would likely take a different route when it comes to decisions about cases relating to the environment or climate change.

While serving 12 years on the United States Court of Appeals for the District of Columbia Circuit, Judge Kavanaugh voted in a number of high-profile cases to limit EPA rules around issues like climate change and air pollution, according to the New York Times. Kavanaugh’s legal philosophy was that in the absence of explicit instructions from Congress, efforts by the EPA to tackle environmental problems “should be met with deep skepticism by the courts.” 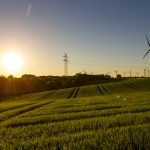 The Clean Air Act resulted in a major shift in the federal government’s role in air pollution control. The legislation authorized the development of federal and state regulations to limit emissions from both stationary (industrial) sources and mobile sources. Under the Clean Air Act, ground-level ozone, a dangerous component of smog, has decreased more than 25 percent since 1980, mercury emissions have been reduced by 45 percent since 1990; and levels of sulfur dioxide and nitrogen dioxide (the main pollutants that contribute to acid rain) have decreased by 71 percent and 46 percent respectively, since 1980.

Kavanaugh wrote the majority opinion in the 2017 Mexichem Fluor v. EPA ruling that struck down the EPA’s regulation of hydrofluorocarbons, potent greenhouse gases used in air conditioning and refrigeration, as being outside the agency’s authority under the Clean Air Act:

EPA’s well-intentioned policy objectives with respect to climate change do not on their own authorize the agency to regulate… Congress’s failure to enact general climate change legislation does not authorize EPA to act. Under the Constitution, congressional inaction does not license an agency to take matters into its own hands, even to solve a pressing policy issue such as climate change.

It is clear that Kennedy and Kavanaugh don’t see eye to eye when it comes to major environmental concerns like global warming. When the Massachusetts v. EPA case came before the Supreme Court, Kennedy voted with the majority and argued that the EPA “would have to treat CO2 like any other pollutant“ unless the agency provided “scientific basis“ for its reasoning for not doing so. Without Kennedy—or with a more staunchly conservative justice like Kavanaugh in his place—we might still be fighting to have CO2 recognized as a pollutant.

In past cases over the last decade, Judge Kavanaugh has argued that environmental regulation “is a legal overreach.” According to Inside Climate, Kavanaugh wrote a 2–1 appeals court decision in 2012, invalidating Environmental Protection Agency rules that regulate air pollution across state lines, claiming that the agency had overstepped its authority and siding with power companies. During that period, the Supreme Court reversed the decision, with retired justice Kennedy agreeing with the majority.

While President Trump praises his nominee, Kavanaugh’s fate lies in the hands of the U.S Senate, where a simple majority vote would be enough for the conservative judge to serve as the new Supreme Court justice.