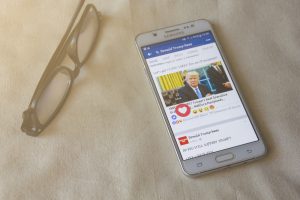 A new study published in the journal Cognition shows that the spread of fake news has more to do with negligence than partiality.

Researchers examined 3,446 participants and found that those who were more analytical in their thinking process were less prone to believe fake news headlines than those who weren’t as analytical, regardless of political affiliation.

Using what’s called a Cognitive Reflection Test, researchers were able to measure how analytical each participant was. They noticed a correlation between those who weren’t as analytical and those who were quick to believe fake news headlines. 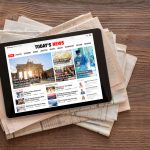 Fake news is defined as factually incorrect information that is created with the malicious intent of manipulating or deceiving an audience, usually for political purposes. Although bots do play a role in spreading fake news that is targeted toward very specific audiences, according to more recent research, humans rather than bots are more likely to spread it further and faster than any bot can do.

The process for determining participants’ ability to think analytically involved having them read a combination of both fake and real news headlines. Some of the headlines were politically neutral, some were left-leaning, and some were right-leaning. For example, one of the right-leaning fake news headlines read, “Election Night: Hillary Was Drunk, Got Physical With Mook and Podesta.”

Participants were then asked to gauge how accurate they believed the headlines to be. They were also asked whether they had seen the headline before and whether or not they would share it on social media.

Although Trump supporters were slightly more likely to believe fake news than Clinton supporters, the end results show that the dissemination of false information has more to do with a lack of critical thinking skills than it does political ideology.

“Things aren’t hopeless,” said Gordon Pennycook, corresponding author of the study. “People in our study did not act like intense partisans in the context of fake news. Rather, those who fell for fake news were those who were just being lazy cognitively. A bit more effort might go a long way.”

The researchers did control for age, gender, and educational achievement in their study. However, Pennycock warned that since the research team was unable to complete the study on actual social media platforms, “the extent to which our results generalize is hard to say.”

“We’re just getting started really, so there are more questions left to be addressed than there are questions that have been addressed,” he concluded.