Immigrants Discharged by Military Are Vital to National Security 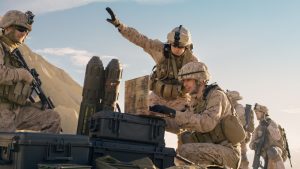 In early July of 2018, news surfaced that immigrant recruits and reservists are being discharged from the Army and, in many cases, being given no real reason for their discharge.

The Associated Press, which broke the story, was unable to find out how many people who enlisted through the Military Accessions Vital to the National Interest (MAVNI) program have been discharged to date, but immigration attorneys told AP that they know of more than 40 people who have either been discharged or whose status has become questionable.

MAVNI provides a way for the military to recruit foreign-born people with special knowledge, language, and cultural skills in order to advance the security of and contribute to the success of U.S. operations in other nations. In return for their service, they are guaranteed a “path to citizenship” in the United States. 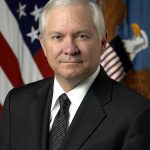 The MAVNI program was authorized by Secretary of Defense Robert Gates in 2008. Its purpose is to address critical shortages of medical personnel and people who could speak one of 46 languages critical to military mission success or national security. It allows the military to enlist certain qualified noncitizens in the U.S. armed services. Since 2009, more than 10,400 people have enlisted or served in the U.S. military through MAVNI; approximately 10,000 of those individuals are still in the service or waiting to serve.

To be eligible for the MAVNI program, recruits must have legal status in the U.S., such as having a student visa, being an asylum seeker or refugee, or being eligible under DACA. People who have or are applying for permanent resident status in the U.S. are not eligible for the program. MAVNI candidates must pass extensive security and suitability screenings before they are admitted to the military, and while enlisted, they must consent to continuous monitoring and annual background checks.

However, the program is no longer accepting applications at present.

“It was my dream to serve in the military,” Lucas Calixto, a Brazilian immigrant who serves in the Army Reserve, told AP. “Since this country has been so good to me, I thought it was the least I could do to give back to my adopted country and serve in the United States military.”

He’s not alone. One Pakistani immigrant who was discharged said, “There were so many tears in my eyes that my hands couldn’t move fast enough to wipe them away. I was devastated, because I love the U.S. and was so honored to be able to serve this great country.”

An Iranian recruit who had been discharged told AP, “It’s terrible because I put my life on the line for this country, but I feel like I’m being treated like trash. If I am not eligible to become a U.S. citizen, I am really scared to return to my country.”

Both the Pakistani and Iranian recruits spoke to AP on condition of anonymity because they fear what might happen to them if they’re forced to return to their home countries.

There’s plenty of proof that MAVNI has been an asset to the U.S. military. A review by the RAND Corporation showed that the immigrant recruits have actually been more cost-effective than native-born recruits because they outperform their citizen peers in the areas of performance, education, attrition, and promotions. In 2012, Nepali-born Sgt. Saral K. Shrestha was named U.S. Army Soldier of the Year.

The Defense Department told AP that, “All service members (i.e., contracted recruits, active duty, Guard and Reserve) and those with an honorable discharge are protected from deportation.”

The MAVNI recruits are being given “uncharacterized discharges,” which are neither honorable nor dishonorable. It’s not clear at this time how that could affect their status as legal immigrants.

Veterans and policy experts also contend that MAVNI soldiers and other immigrants in the military enhance our military readiness and national security.

On a recent press call about the MAVNI recruit discharges, Lt. Col. Margaret Stock, an Army Reserve veteran and original MAVNI project officer, said, “I can tell you that the MAVNI program has been a boon to our military and to our national security… The news that some MAVNI recruits have now been discharged is very disturbing. It breaks the promises that the services made to these recruits when they signed enlistment contracts, and it’s truly the opposite of the direction in which our military and our country need to move.”

“Tens of thousands of undocumented youth are willing to serve but are barred from doing so,” said Rear Adm. Jim Partington, a U.S. Navy veteran and co-chair of Veterans for New Americans. “The Dreamers I have met here in Nebraska are as patriotic as they come. They believe in the very idea of the America to which they were brought at a young age, and where they’ve grown up. These are the kids of young people we want in the military, and whose talents and contributions we should be encouraging, not discouraging.”

As of 2016, almost 511,000 veterans were foreign-born. More than 20 percent of recipients of the Congressional Medal of Honor are immigrants.