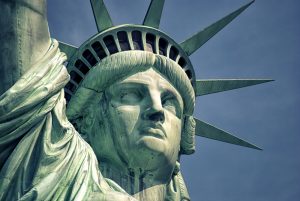 A clinical psychologist and a psychology professor at the University of Toronto, he was thrust into the limelight after vocalizing several of his controversial opinions. One such opinion is that liberals are seeking equality of outcome, a system in which everyone is given the same amount of resources regardless of the effort they put in to earn those resources.

This, of course, is a myth. It is being perpetuated by the alt-right as means to smear the progressive movement. As political pundit Ana Kasparian points out, Democrats are seeking equality of opportunity, not equality of outcome. 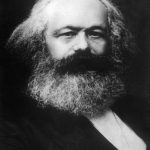 According to a survey conducted by Rasmussen Reports, only 11 percent of Americans believe communism is better than our current system of politics and economics.

“I’d agree with Peterson 100 percent if his interpretation of the left was accurate.

While there may be some who think we should demolish our current system and demand equality of outcome, it’s certainly not representative of what most progressives want. I personally love capitalism, but hate the corrupt crony capitalism that’s practiced in America today.

A successful economy typically has a healthy mix of private companies and public programs. For instance, there shouldn’t be a profit motive behind criminalizing non-violent behavior, which is what private prisons do. As a result, the U.S. imprisons more people per capita than any country in the world.

Profits shouldn’t take priority over medical treatment, which is what we have with private insurance companies. At the same time, I don’t want the government manufacturing my clothing or any other materialistic thing I enjoy as a consumer. Let’s leave that up to private companies.

There was a time in America when anti-trust laws prevented massive corporate mergers and monopolies. Those very mergers that frequently happen today allow for corporations to shed jobs as they consolidate. There was also a time when getting an education didn’t mean digging yourself into a massive, inescapable financial hole.

And even if you hit the genetic jackpot, come from a solid middle-class family, and work incredibly hard toward a successful career, it can all vanish in a heartbeat if you’re injured from a horrible accident or become ill.

Wanting to find solutions to these issues doesn’t make someone a murderous Marxist. I also don’t believe it’s anti-capitalist to demand that the richest Americans just pay their fair share of taxes. Why should the middle class pay a higher percentage than multi-billion dollar corporations?

What do you think of Kasparian’s belief that progressives want equality of opportunity versus equality of outcome? Let us know in the comments!