Paul Manafort is Getting the ‘VIP’ Treatment in Jail 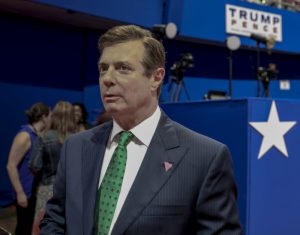 Paul Manafort, President Trump’s former campaign manager, is reportedly receiving special privileges while in lockup. After having been arrested on grounds of money laundering and tampering with witnesses, Manafort was taken to a rural Virginia jail.

Prosecutors say he bragged about his VIP treatment there, where he allegedly had access to his own phone and computer.

“Among the unique privileges Manafort enjoys at the jail are a private, self-contained living unit, which is larger than other inmates’ units, his own bathroom and shower facility, his own personal telephone, and his own workspace to prepare for trial,” the prosecutors said in a written statement. 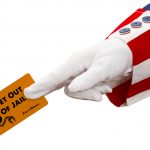 Article II, Section 2 of the Constitution grants the president of the United States the power to pardon anyone charged with a federal crime. The president cannot, however, use this power to save himself or another government official from impeachment.

Regarding this specific case, the question becomes “can President Trump pardon Paul Manafort?” Since some of his crimes allegedly took place in the state of New York, the answer is no, since the president can only pardon crimes at the federal level. Some believe that special counsel Robert Mueller purposefully announced a joint initiative with the New York State Attorney General to let Manafort know that President Trump cannot save him.

They also claim that he is not required to wear a prison uniform.

The prosecutors say Manafort has had more than 100 calls with his attorneys and 200 calls with other people over the jail’s monitored phone lines. Staff allow him to use his personal laptop for reviewing legal materials.

In addition, he and his attorneys have found a way to get around the jail’s prohibition against inmates sending and receiving emails.

“Manafort has revealed on the monitored phone calls that in order to exchange emails, he reads and composes emails on a second laptop that is shuttled in and out of the facility by his team,” the prosecutors wrote. “When the team takes the laptop from the jail, it reconnects to the internet and Manafort’s emails are transmitted.”

According to NBC News, Manafort was assigned to a housing unit called VIP-1. And while the name may sound indicative of deluxe accommodations, the superintendent of the jail claimed, “there’s no special privileges for him.”

A private room, a personal phone, and a private workspace sound quite a bit more luxurious than the standard jail accommodation.

“All that is, is a name and number,” said Ted Hull, superintendent of the Northern Neck Regional Jail in Warsaw, Virginia. “It’s a small, fully functional, self-contained cell unit for high-profile inmates.”

But even if Manafort were receiving the VIP treatment, that will likely be coming to an end soon. The Wall Street Journal reports that a federal judge has ordered him to be transferred to a different detention center in Alexandria, Virginia, after his attorneys complained about how long it took them to reach him at Northern Neck, which is about 100 miles from Washington, D.C.

Just hours after hearing of Manafort’s new accommodations, his attorneys protested, saying he didn’t actually want to be moved. They mentioned concerns about his safety and the “challenges he will face in adjusting to a new place of confinement.”

Apparently Manafort could get VIP treatment in jail, but with a judge…not so much.