Propaganda of Authoritarianism: The Tyranny of Nostalgia 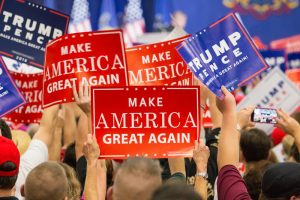 Remember the good old days? You know, back when there were lots of well-paying jobs for everyone, whether they were a Ph.D. or a high school dropout? Back when traditional family values reigned? Back when America wasn’t ashamed to be called a Christian country? Back before government-mandated regulations made it nearly impossible for businesses to set up factories in America? Back when kids didn’t go to school with guns and shoot down anyone in their path?

Do you also remember that there were plenty of awful things happening back then? The rampant air pollution, for example? Or maybe the ubiquitous and overt racism, redlining, and voter suppression were happening all over the place? Back when women couldn’t even get loans without their husband’s signature? Perhaps you also remember growing up in terror of mutually assured destruction by a nuclear war between the Soviet Union and the United States.

It turns out that one of the most important tools in an authoritarian political figure’s tool kit is the creation of nostalgia for a past that really never existed—as made obvious in President Trump’s campaign slogan, “Make America Great Again.” And there’s a good reason they do: it works.

Civics Lesson: The Politics of Nostalgia 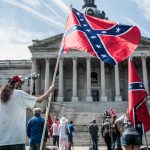 Political nostalgia involves what writer Stacey Novak calls a repudiation of present-day social, economic, and cultural realities. Nostalgia politics as practiced by President Trump include the repudiation of realities such as globalization, feminism, and the increasingly multicultural nature of the United States. But the Democratic Party also practiced its own share of nostalgia politics. Even though it wasn’t as obvious as the Republican brand, Democrats also yearned for a time in the past when people “voted in line with their own interests” or when demographic groups like women and people of color would “vote unilaterally against Trump.”

Why does it work? First of all, there are some ways the past really was better for Americans than it is now. In 1970, 90 percent of 30-year-olds in America were better off than their parents were at that age. In 2010, only 50 percent could make the same claim.

“Numbers like this cause people to lose faith in the system,” says Vox writer Sean Illing. “What you get is a spike in extremism and a retreat from the political center. That leads to declines in voter turnout and, consequently, more opportunities for fringe parties and candidates.”

You’d think the social compact—which is defined as an implicit agreement among members of society to participate in a system that benefits everyone—would prevent the splintering of America and the rise of fringe politics. But the social compact only works when the system delivers on its promises, and increasingly that is not happening.

The result? The destruction of what Harvard politics professor Daniel Ziblatt calls two “master norms”—mutual toleration, whether we “accept the basic legitimacy of our opponents”; and institutional forbearance, whether politicians are responsibly wielding their power. We can see that happening every day.

A 2014 study by the Pew Research Center reached a similar thesis.

“In both political parties, most of those who view the other party very unfavorably say that the other side’s policies ‘are so misguided that they threaten the nation’s well-being,’” according to the report. “Overall, 36 percent of Republicans and Republican leaners say that Democratic policies threaten the nation, while 27 percent of Democrats and Democratic leaners view GOP policies in equally stark terms.”

Pew says those numbers are more than double what they were in 1994. What’s happening now is more than just a disagreement about political issues, it’s the belief that opponents are a grievous threat to America.

Duke University economics and politics professor Timur Kuran says autocrats exploit these divisions by pushing “policies that may seem responsive to grievances but are ultimately counterproductive.” Take a look at President Trump’s campaign promise to build a giant wall along the nation’s southern border to keep “illegals” out of the country, or the “Muslim ban” designed to keep “terrorists” out of the country.

“Neither of these policies is likely to make a significant difference in the lives of Trump’s voters, but that’s not really the point,” Illing writes. “By pandering to fears and resentments, Trump both deepens the prejudices and satisfies his base.”

Instead of looking toward a better future, as most politicians do when they’re on the campaign trail, President Trump has used a nostalgia campaign to anchor his discourse “to a mythological past, so that voters are thinking less about the future and more about what they think they lost.”

Timothy Snyder, a historian at Yale and author of the book On Tyranny, points out that the president’s “Make America Great Again” nostalgia “is a tactic designed to distract voters from the absence of serious solutions.” Although President Trump may not be an authoritarian, this is something authoritarians typically do, Snyder says. “They need the public to be angry, resentful, and focused on problems that can’t be remedied.”

It’s up to us to resist the urge to imagine that life was much better in the past, and instead to look to the present and the future. What is the president doing to improve life in the United States, now and in the days to come? If we keep asking that question, we will be able to avoid succumbing to the tyranny of nostalgia.