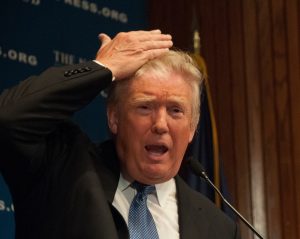 President Trump’s go-to defense—“fake news”—won’t get him out of trouble this time.

The recording was seized during an FBI raid of Cohen’s office that was carried out earlier this year. The recording is of special interest to prosecutors, who are looking into whether or not it violates campaign finance laws. 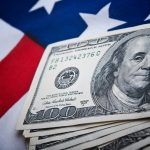 Campaign finance laws are based on the Federal Election Campaign Act Amendments of 1974 (FECA). They are designed to regulate the use of funds in federal elections. Key provisions include contribution limits, disclosure requirements, as well as how the money may be used.

McDougal claims to have had a nearly yearlong affair with Donald Trump beginning in 2006 (not too long after Donald Trump’s spouse, Melania, gave birth to their son Barron). McDougal sold exclusive rights to her story to The National Enquirer for $150,000, but the publication—which is pro-Trump—never aired it. This practice, which essentially silenced McDougal, is known as “catch and kill.”

Giuliani also claimed that the president had nothing to do with the deal made between McDougal and The National Enquirer.

“Nothing in that conversation suggests that he had any knowledge of it in advance,” Giuliani asserted.

According to Giuliani, the payment that Donald Trump discussed with Cohen was never made. He also added that Donald Trump told Cohen that if a payment were to be made, to do so via check as opposed to cash so that it could be properly documented.

The press has repeatedly reached out to Cohen for comment, but he’s been silent thus far.

“We have nothing to say on this matter,” said Lanny Davis, Cohen’s attorney.