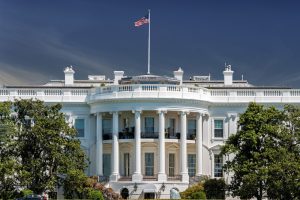 Beck Dorey-Stein loved working for the White House. She was hired on as a stenographer during the second half of the Obama administration.

But her fulfilling career recently came to an end after she decided to hand in her resignation. She said she decided to leave because President Trump wouldn’t allow stenographers in the room during meetings and interviews with certain journalists.

“I quit because I couldn’t be proud of where I worked anymore,” Dorey-Stein told CNN. “I felt like President Trump was lying to the American people, and also…not even trying to tell the truth. He wasn’t even going the extra mile to have the stenographers in the room.” 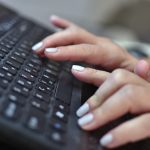 White House stenographers provide written and audio recordings of press conferences and meetings. These documents provide the first line of defense should a reporter misquote the president.

In an op-ed she wrote for the New York Times, Dorey-Stein claimed that President Trump didn’t like having microphones “near his face.” As a result, her office had limited access to the Oval Office. In many cases, there was no stenographer present during press conferences or meetings.

The former White House stenographer wrote about a colleague who had to go to the West Wing three times before she was even introduced to anyone other than a “22-year-old press wrangler.”

At last, that colleague was able to meet President Trump’s deputy press secretary, Stephanie Grisham (who has since moved on to become First Lady Melania Trump’s spokeswoman). Grisham told Dorey-Stein’s colleague that stenographers would rarely be needed because “there would be video.”  This is, in large part, why a White House stenographer wasn’t present when the president was interviewed by NBC News’s Lester Holt.

“Perhaps he didn’t fully understand the role of the stenographer,” Dorey-Stein wrote. “That would make sense, since his administration had rebuffed every invitation from the Obama transition team during an inherently stressful time, including to learn how to keep the lights on.”

Dorey-Stein theorizes that the reason President Trump doesn’t like stenographers is because written transcripts would force him to take accountability for his words and actions.

“Mr. Trump likes to call anyone who disagrees with him ‘fake news.’ But if he’s really the victim of so much inaccurate reporting, why is he so averse to having the facts recorded and transcribed?” Dorey-Stein wrote. “It’s clear that White House stenographers do not serve his administration, but rather his adversary: the truth.”