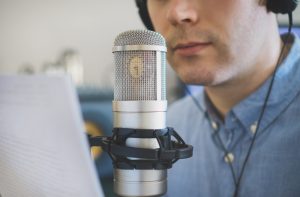 Do you remember the days when women were only allowed to be housewives? When they rarely had jobs outside the home, and when they certainly didn’t agitate for the availability of birth control? When they never called men out for sexual harassment or misogynistic behavior? When they submitted to the men in their lives without question?

A lot of women do, and they don’t look back on those days with nostalgia. After all, women couldn’t even apply for credit until 1975. Before 1978, women could be fired for getting pregnant, and they couldn’t report sexual harassment in the workplace until 1977. And women weren’t able to get safe and legal abortions until the Supreme Court ruled in the Roe v. Wade case in 1973.

There’s one Republican congressman from Minnesota who not only seems to long for those bygone days, but who even in the course of his public life has made a series of deeply misogynistic comments—which might come back to bite him when he’s up for re-election in the 2018 midterm elections. 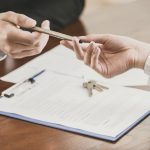 Before 1975, women—particularly unmarried women—found it almost impossible to get loans. However, the Equal Credit Opportunity Act made it unlawful for a creditor to discriminate against any applicant, in any aspect of a credit transaction, on the basis of race, color, religion, national origin, sex, marital status, receipt of public assistance, or age (as long as the applicant is able to enter into a contract).

What this means in action is that creditors are not legally allowed to ask about a woman’s marital status if she applies for separate, unsecured credit. They are also forbidden from asking female credit applicants if they plan to have children or additional children, with one exception—they can ask about the number, ages, and financial obligations around all existing children. Creditors may not disallow regular sources of income including veteran’s benefits, Social Security payments, alimony or child support payments, or welfare benefits when calculating a credit applicant’s income. If an applicant is denied credit, she must be informed within 30 days of applying for a loan and given the specific reason why the application was denied or granted under different terms (e.g., a different interest rate) than those under which they originally applied.

Representative Jason Lewis was the host of a syndicated radio show, “America’s Mr. Right,” from 2009 to 2014. CNN obtained 15 months of raw audio files from that show and found that while on air, he could be heard “repeatedly demeaning women, and particularly women voters.” He also was a regular fill-in for right-wing radio show host Rush Limbaugh, with whom he expressed great sympathy. For example, when Limbaugh called graduate student Sandra Fluke (who argued that women should have increased access to affordable contraception) a “slut” in February of 2012, Lewis was stunned that people could no longer refer to women by such offensive terms:

“Well, the thing is, can we call anybody a slut? This is what begs the question…Does a woman now have the right to behave—and I know there’s a double standard between the way men chase women and running and running around—you know, I’m not going to get there, but you know what I’m talking about. But it used to be that women were held to a little bit of a higher standard. We required modesty from women. Now, are we beyond the days where a woman can behave as a slut, but you can’t call her a slut?”

Later in 2012, Lewis suggested that women voters are guided by emotion, not reason, and they only vote for politicians who believe that birth control should be available free of charge:

“You [women] can be bought off for that? I mean, boy, that’s the, all the other issues: the Hispanic problem, social issues, class warfare, you know, we can figure out a way to tackle those. This one, if you’re that far down the road and you say you’re a human being, I’ve got my suspicions. You’re not, you’re without a brain. You have no, you have no cognitive function whatsoever. If that’s all it takes to buy you off.”

For his part, Lewis seems to be trying very hard to brush off his previous statements. His opponent in the midterm race, Democrat Angie Craig, doesn’t have quite such a sanguine attitude. She did say that she found Lewis’s statements offensive, but, she said, “his votes are what matters the most. I’m working to represent all families in this district, men and women alike. And if I’m in Congress, I’m going to fight like hell for women to get opportunities.”

Lewis barely squeaked out a victory in the 2016 election, and it remains to be seen whether his misogynistic statements during his radio years will have an effect in this year’s midterms.