Why Is Putin Visiting the White House This Fall? 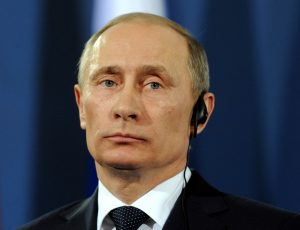 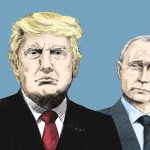 The first publicly known meeting between American President Donald Trump and Russian President Vladimir Putin took place on July 16, 2018 in Helsinki, Finland. Shortly after the summit, President Trump refused to endorse the U.S. intelligence community’s assessment that Russia interfered in the 2016 election. The rebuke drew ire from both sides of the political aisle.

“The pair of tweets were the latest indication that Trump is doubling down on his Russian rapprochement strategy even as his approach to Putin continues to draw bipartisan criticism and questions abound as to what Trump and Putin agreed to during their first meeting,” wrote CNN reporter Jeremy Diamond.

Director of National Intelligence Dan Coats said that he is unaware of what Trump and Putin talked about during last week’s summit, which took place on Monday, July 16. Coats was also surprised to learn that Trump and Putin were planning a second meeting this fall.

“Say that again?” Coats said, upon being informed about the plan during an interview. “That’s gonna be special.”

White House officials have yet to explain why Coats was not notified about the meeting invitation in advance.

Clearly, President Trump and President Putin got along quite well, or the White House would not have extended another invitation. As for why another meeting is taking place, it can only be assumed that it’s because the two would like to discuss further matters in private.