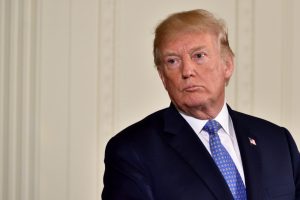 On Friday, July 20, news broke that Donald Trump’s longtime attorney, Michael Cohen, had secretly recorded a conversation between himself and then-candidate Trump about making a payment to a former Playboy model. The conversation took place in September 2016, mere weeks before the presidential election.

Last night, July 24, CNN aired a short snippet of that conversation. President Trump did not take kindly to the newly released audio recording.

“What kind of a lawyer would tape a client?” Trump tweeted early in the morning of July 25. “So sad! Is this a first, never heard of it before? Why was the tape so abruptly terminated (cut) while I was presumably saying positive things? I hear there are other clients and many reporters that are taped – can this be so? Too bad!” 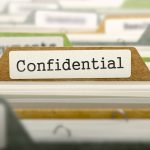 Cornell Law School defines attorney-client privilege as, “A legal privilege that works to keep communications between an attorney and his or her client secret.”

Back in April, when the FBI raided Cohen’s office, President Trump lashed out on Twitter and asserted that, “Attorney-client privilege is dead.” He also deemed the search “an attack on our country.”

As CNN reports, the tape’s release “marked a dramatic rupture in the relationship between the President and Cohen, previously a steadfast supporter in addition to working as Trump’s personal attorney and longtime confidant.”

Last year, Cohen proudly proclaimed that he would “take a bullet” for the president. But in an interview with ABC News earlier this month, Cohen said that his family and country, not President Trump, are his “first loyalty.”

“My wife, my daughter and my son have my first loyalty and always will,” Cohen told reporter George Stephanopoulos. “I put family and country first.”

Cohen’s attorney Lanny Davis was the one who provided the tape to CNN. Why? Because he believes that President Trump and his attorney, Rudy Giuliani, are trying to disparage Cohen.