The ACA Is a Huge Issue for Midterms 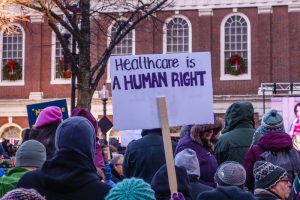 Protesters at a Save Health Care Rally in Boston.
Photo by Heidi Besen / Shutterstock

President Trump and the Republican-controlled House of Representatives made it a top priority to repeal the Affordable Care Act, one of the chief accomplishments of former President Barack Obama. After a long political struggle, they failed. It was a stinging loss for the GOP then—and as it turns out, the pain of that sting is still hurting the party today. According to new polling, a majority of American voters oppose repealing the ACA, and they may well vote based on that position in the November midterm elections.

The organization Public Policy Polling (PPP) surveyed 514 registered voters in mid-July. A majority of those who responded—56 percent to 40 percent—said they would support “a generic Democrat for Congress who supports the ACA and wants to improve it” in a race against “a generic Republican candidate for Congress who wants to repeal it.” Additionally, voters said by a 55-42 margin that they trust Democrats over Republicans when it comes to health care, and 59 percent versus 34 percent said they want Congress to “keep what works and fix what doesn’t” in the ACA, not repeal it.

Tim Hogan, spokesperson for left-leaning think tank Health Care Voter, told Newsweek that these results are a clear indication of where voting Americans stand heading into the midterms. 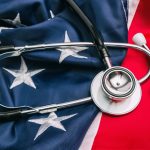 Donald Trump spent a year and a half campaigning for the White House, and constantly during that time, he maligned Obama’s signature health care legislation as a “disaster.” But is it, really? And even if it is, does President Trump really have a viable alternative? A year ago when the president and the GOP fought to destroy the Affordable Care Act, the Congressional Budget Office estimated that 14 million people would immediately become uninsured if they succeeded. By the year 2026, they said, the total number of Americans losing coverage would balloon 24 million. This was a stark contrast with the Trump administration’s claim that coverage for Americans would improve. Given the facts on the matter, it’s not hard to see how offering people less healthcare at higher prices is a losing issue as far as politics goes.

“It has been one year since House Republicans proudly voted for health care repeal, and it is clear that their constituents have neither forgotten nor forgiven them,” Hogan said. “Voters across the country are poised to rally against the failed legislative agenda of Speaker Ryan and his cohorts.”

No matter how you slice up America’s demographic pie, the results do not look good politically for the Republicans who came out against the health care law. Women voters were resoundingly in favor of the Affordable Care Act (60 percent for, 34 percent against), and independents favored it 57 to 35 percent. Voters over the age of 65 are generally a good bet to vote Republican, but that wasn’t the case with health care; they were pro-ACA as well, by a margin of 56 to 37 percent.

Beyond the health care issue itself, there’s a greater issue Republicans face: their attack on the Affordable Care Act may bleed into their favorability on other, tangentially connected issues. For example, PPP found that 64 percent of voters oppose the Trump administration joining a lawsuit to limit the ACA’s coverage for people with pre-existing conditions, and 56 percent said they were less likely to support Brett Kavanaugh’s nomination for the Supreme Court because of his stance on the issue. The SCOTUS seat, if successfully filled, stands to be one of the cornerstone accomplishments of the Trump presidency, but now even that is cause for political concern.