Protect Your Voter Registration and Vote Against Hackers 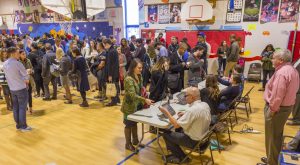 By mid-morning of the 2016 election, lines in Arlington, Virginia, were already long. Photo by Rob Crandall / Shutterstock.com

With almost incontrovertible evidence that Russian actors influenced the 2016 U.S. election and widespread purging of voter rolls, it’s more important than ever that Congress and the Trump administration take action to ensure that this election tampering doesn’t happen again. But what did the White House do? Instead of beefing up cybersecurity measures, President Trump elected to eliminate the Cybersecurity Coordinator role, and then the government selected Sevatec, a private company, to provide “specialized cybersecurity services” to the U.S. government.

Although Congress allotted $380 million to help states ensure that their election processes are secure, it’s really not enough, and bureaucracy and politics have slowed the funding to the states. In fact, the process has been so slow that NPR said, “getting the money out to all the states, and then into the hands of localities that run the elections [in time for midterm elections] is a difficult proposition.” Attempted hacks have already happened, and they will probably escalate as the election approaches.

Considering that the government is falling woefully short on its responsibility to protect U.S. elections from tampering by foreign actors, and that many Republican-controlled states have legalized gerrymandering and voter purges, it falls to individual citizens to do everything they can to protect their voter registration—and their votes—from hacks and glitches. Fortunately, attorney and election integrity advocate Jennifer Cohn wrote a post on Medium with some things you can do to ensure you’ll be able to vote this November. 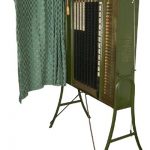 In the late 1800s, there was a widespread preoccupation with developing a practical voting machine. The mechanical lever voting machine was patented in November of 1889 by Jacob H. Myers of Rochester, New York. It was designed to prevent overvotes, speed the vote counting process, and significantly reduce the chance of dishonest vote counting because the votes are counted by machine. Myers’ invention was first used in 1892 in Lockport, New York. By 1930, lever voting machines had been installed in almost every major city in the U.S.

Cohn says to be prepared for problems with your voter registration, including long lines due to voter registration issues, widespread failure of electronic poll books, being told at the polls that you aren’t registered, or being given a paper or electronic ballot putting you in the wrong political party or listing House races for the wrong voting district. To mitigate these problems, do the following:

There may well be problems with voting in general. In order to make sure you’ll be able to vote, and that the votes are counted correctly, Cohn recommends the following:

Additional tips for voters in counties where touchscreens are used

Touchscreens are notorious for malfunctioning even when they’re not hacked: they’ve been known to flip votes and provide paper printouts that are too difficult to verify and audit—if they generate a paper trail at all. If you’ve contacted your county election board and found that most or all voters will need to use a touchscreen voting machine, Cohn recommends the following safety tips:

What it all comes down to is that if the federal government has no desire to ensure the safety and security of U.S. elections, it falls to us to take on that responsibility and report any problems we see. Cohn’s tips provide some excellent guidelines for doing so.